Still confused at what Dara was wearing… O_O But so happy to see her in YG! I hope this signals a new project.. ❤ The Chinese fan who saw said that she only called Dara’s name once and she turned directly to her.. She also said Dara’s face is really small.. XD

Dara’s meokbang is forever cute and adorable, even when she was spitting rice into Hyun Dong’s face.. Kekekekekekkeekeke! XD Thank you YGE for the love, lovely photos! ❤ 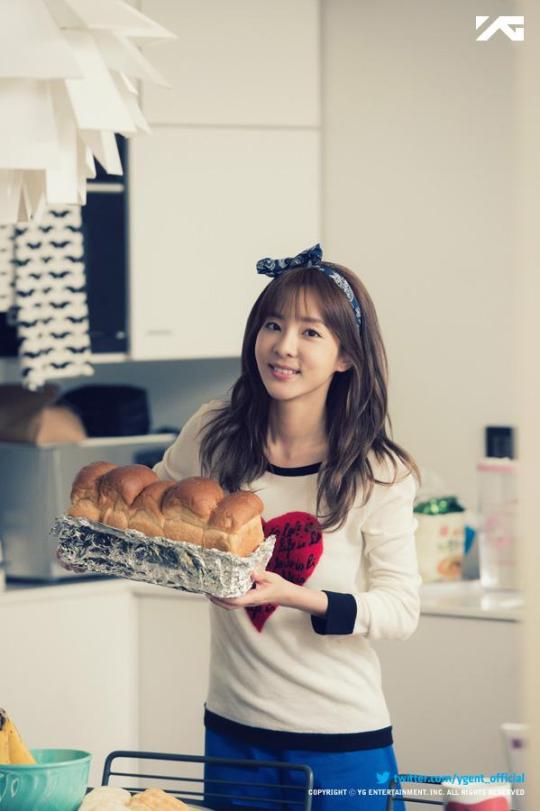 More under the cut!

END_OF_DOCUMENT_TOKEN_TO_BE_REPLACED

In an interview with TV Report on April 26 after the BIGBANG “MADE” tour in Seoul, Yang Hyun Suk says, “BIGBANG and 2NE1’s contracts will expire next year. The time frame to renew their contracts is the same for all the members within each group.”

Yang Hyun Suk also shares about his plans for 2NE1 after CL’s solo U.S. debut. “CL’s almost done with the album. Whether she will [succeed] or not is something that can only be known after she [debuts]. From my standpoint, we are proactively supporting CL’s solo activities. I am planning the release of 2NE1’s new album for after CL finishes her solo activities. 2NE1 will surely show you good work until the expiration of their contracts.”

Meanwhile BIGBANG and 2NE1 debuted through YG Entertainment in 2006 and 2009, respectively

Korea and Japan aren’t the only countries in Asia with pop music markets, you know. The problem for China is that demand for its own homegrown Mandopop and Cantopop (Mandarin and Cantonese-language pop music, respectively) is not nearly as high at home as that for its more popular Korean neighbors and the music it produces. Chinese web giant Tencent stands to make a huge profit by entering a deal with Korean music label YG Entertainment—home to stars such as Psy, Big Bang and 2NE1—for sole distribution of some of Korea’s biggest acts online to the world’s largest population (from The Hollywood Reporter).

“YG Entertainment has a talented portfolio of artists and this strategic partnership will instantly offer Korean fans in China a stream of high-quality music, songs and MVs [music videos],” said Tencent vice president Dowson Tong in a statement. “We look forward to launching exclusive YG content across our extensive services and raising our users’ experience to whole new levels.”

It’s a move similar to the deals that make Vevo the major provider of official music videos to services such as YouTube. The difference for YG is that China takes a much more hands-on approach to moderating content on video services such as YouTube, which helps prevent illegal versions of songs —which don’t result in royalty payments to performers—from being posted (but then again outright piracy in China is out of control).

Other hot products in China are Korean soap operas and fashions stemming from K-Pop. Tencent can’t do much about the clothes but be on the lookout for deals with Korean television producers with regards to streaming rights.

Article: KpopStarz – “With Multiple Chart-Topping Hits, 2014 Is The Year Of YG Entertainment”

With Multiple Chart-Topping Hits, 2014 Is The Year Of YG Entertainment

The seven for seven aspect of the title refers to the achievements of YG Entertainment musicians at the MelOn Music Awards. Taeyang, Akdong Musician, WINNER, and 2NE1 were all award recipients as Top 10 Artists. Taeyang won Song of the Year for his hit “Eyes, Nose, Lips” while WINNER received the Best New Artist Award. Akdong Musician also received the Folk award for their song “200%” while 2NE1 were recognized with the Electronic award for their hit “Come Back Home.”

In 2014, several YG artists made record-breaking comebacks, in addition to strong debuts from rookie artists. The success of YG has most recently been witnessed with G-Dragon and Taeyang’s unit single “Good Boy” which achieved an all-time on Korea’s real time charts while exceeding three million YouTube views in forty hours.

2014 kicked off with Crush, the second studio album from 2NE1, which was released in February 2014. In April, K-pop Star 2 champions Akdong Musician (AKMU) released the critically acclaimed debut album Play. Big Bang’s Taeyang released Rise in June to widespread commercial success, with the album achieving an all-kill on Korea’s real time charts and placing number one on iTunes in ten countries.

In addition to AKMU, rookie group WINNER had a strong debut in August 2014 with their album2014 S/S.

Epik High delivered a strong comeback in October with their album Shoebox. Shoebox has received widespread attention for its musical complexity and unparalleled collaborations on the track “Born Hater.”

“Born Hater” featured Bobby who was the champion of the hip-hop competition program Show Me The Money 3, who is set to debut with the upcoming group iKON. Bobby was also featured on unit release of Lee Hi and Lee Soo Hyun’s (Hi SuHyun) “I’m Different.”

Do you think this is one of the best years YG has seen?

Why do you think 2014 has been such a strong year for the artists at YG Entertainment? Whose accomplishments are you most proud of?

Happy, happy birthday to our dearest Dara unnie! Thank you for inspiring us to reach our dreams and be the best person that we can be! We wish you all the good things in life, love and in your career! Let’s look forward to more years spent together! We will always be here for you, no matter what happens! ^_^ Enjoy and have lots of fun on your very special day! We love you! ❤ 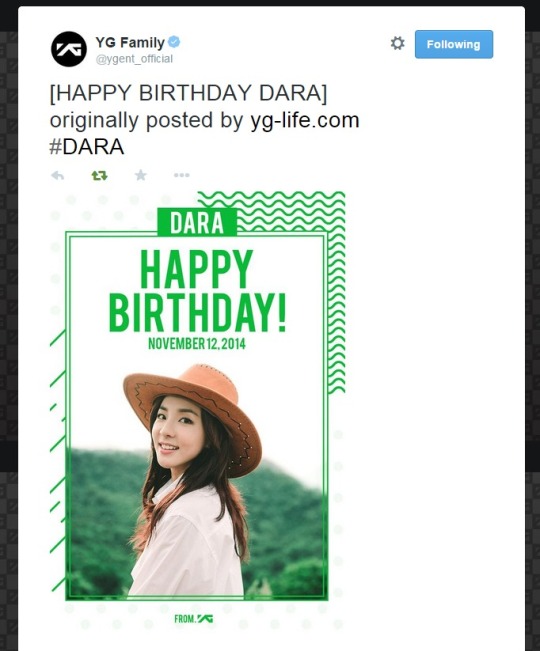 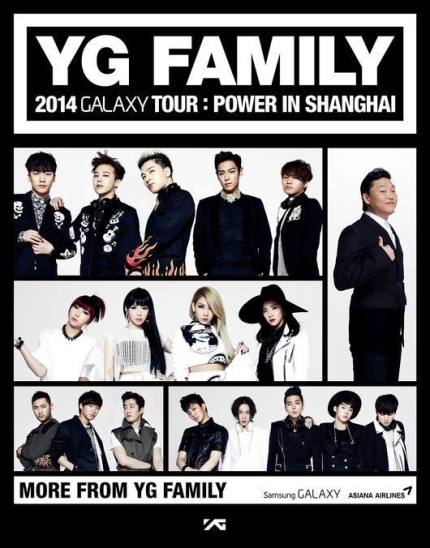 The world’s top-notch luxury brand group LVMH Moet Hennessy Louis Vuitton is on track to make a large scale investment in the 100 billion won range ($1=KRW970) in South Korea’s one of the top three entertainment companies YG Entertainment. The deal, if materialized, will become the first-ever for overseas luxury brand group to invest in the nation’s entertainment company. Reportedly, Louis Vuitton seeks business partnership rather than attempting to acquire management rights or make profits.

LVMH Moet Hennessy Louis Vuitton is the world’s leading luxury group whose brands include Bulgari and TAG Heuer while YG Entertainment has led the Korean pop culture across Asia with famous singers like Psy, Big Bang and 2NEI. The deal will likely help the two to create significant synergies in expanding their business.

LCapital Asia, a private equity firm (PEF) backed by Louis Vuitton group, is in last-stage negotiations to invest in YG Entertainment, according to investment banking industry in Hong Kong Tuesday. LCapital will likely decide on new rights issue in a third party allocation and invest worth at least 100 billion won, representing around 20 percent of YG Entertainment’s market capitalization worth 571.4 billion won.

The two are fine-tuning how much and how Louis Vuitton will invest after beginning negotiations secretly around June. Reportedly, they will likely opt for a third party allotment rights issue involving redeemable cumulative preference shares (RCPS).

The “YG M.V CLIP T PROJECT” is a collaboration between clothing brand 29CM and YG Entertainment. It will show the designs made from scenes from YG artists’ MVs. ^^ Artists Jo In Hyuk, Buzcha, and Hwang Minsic worked together to create the artwork for the shirts. ^_^ I am not sure if they allow orders from outside Korea though.. T_T Each shirt costs around $37 each.. ^^ 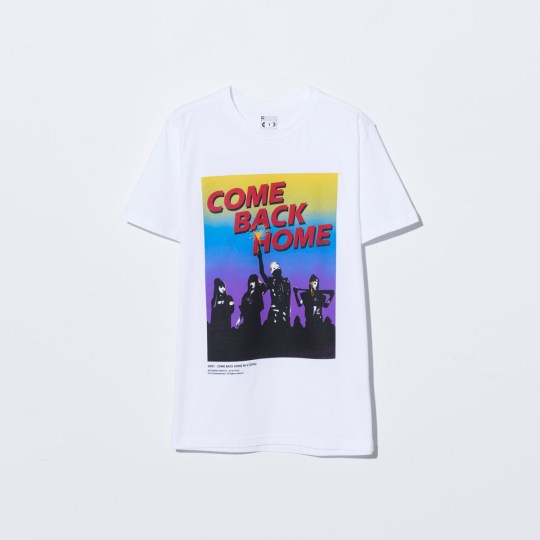 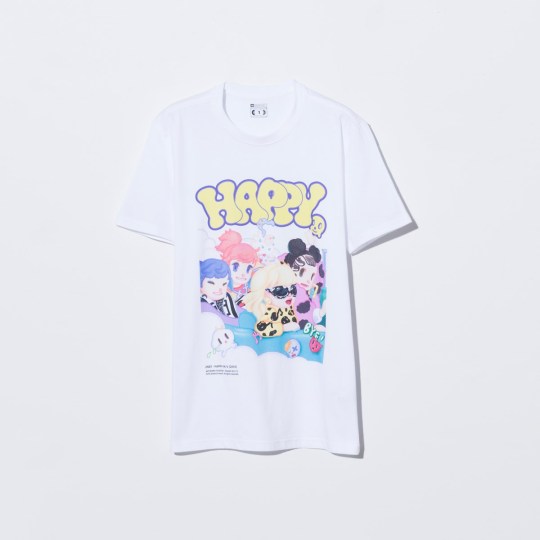 END_OF_DOCUMENT_TOKEN_TO_BE_REPLACED

YG vs SM! I like what they said about YG being the home of talented musicians.. ❤