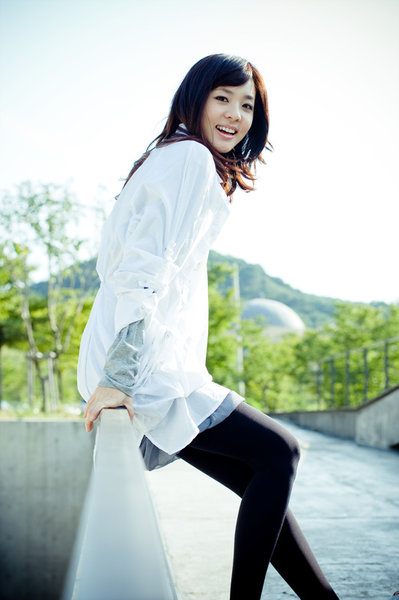 Sandara Park born on November 12, 1984 in Busan, South Korea also known as Dara, is one of the vocal members of South Korean girl group 2NE1. Her unusual three-syllable Korean name, which she has talked about numerous times during interviews, comes from that of a Korean general, Kim Yushin, whose childhood name was “Sandara 산 다 라“.

Sandara was born to affluent Korean parents. However, by the time Sandara was eight years old, her father’s relatives placed her in a financially tight spot which then crippled his business. In hope of recovering from this strain, Sandara‘s father tried his luck in the Philippines. He settled in a small apartment in Pasay City, and started a business. Sandara and her family remained at her grandmother’s house in South Korea for some time until her father finally had enough money to relocate them to the Philippines.

Sandara of the Philippines

During one of her school functions, Sandara met Pauleen Luna, who was then a talent of ABS-CBN Channel 2 Talent Center. Luna encouraged the shy Sandara to audition for Star Circle Quest, a then-up-and-coming reality talent search for ABS-CBN.

The show’s judges called her in, and she was able to elude elimination several times, paving the way for her inclusion into the contestant-pool’s top ten. Being a native Korean, she displayed some trouble with the daily exercises set by the panel of Filipino judges. During the last elimination round in which the final five contestants were chosen, Sandara made Philippine history by garnering approximately 500,000 text votes, making her the first female to garner that much SMS support. And so she remained until the final night when she was announced First Runner-up to Hero Angeles. It is estimated that she got at least 2,000,000 accumulated SMS votes from supporters during the entire run of the contest.

Sandara left the Philippines and returned to South Korea on August 1, 2007 with her mother and siblings to begin a new life. The next day, August 2, 2007, YG Entertainment reported that they had signed a contract with Sandara. As a new member of the YG Family, she joined popular Korean artists and bands such as Big Bang, Se7en, Jinusean, Lexy, and 1TYM.

2NE1 was much anticipated by the fans of YG Entertainment. Before their debut, YG Entertainment had put up numerous videos of the members, Sandara Park, Park Bom, CL, and Gong Minji during practice, and they became well-known as the Female Big Bang. News of the “Female Big Bang” even became highly anticipated overseas, and their fans began to grow. Then, on March 27, 2009, New Evolution of the 21st Century or 2NE1 was featured in a commercial for the LG phone Lollipop with Big Bang. 2NE1 gained popularity both through the commercial and the music video of the song ‘Lollipop’ and their debut became a hot topic.

2NE1 debuted in SBS Ikigayo on May 17, 2009 where they performed their digital single ‘Fire‘ produced by Teddy Park of 1TYM. Feisty and fierce that’s 100% girl power mixed with a trend-setting eclectic and bold style, 2NE1 truly gave a strong and lasting impression to the public and to the KPOP world. With the release of their self-titled mini album, 2NE1 started the promotions of their title track ‘I Don’t Care‘ . The song topped a lot of charts and won in various music shows. Their mini album is currently at the no.3 spot at the Hanteo‘s best-selling album of 2009. Having won a lot of awards and topping charts, 2NE1 now goes by the title ‘ Super Rookies of 2009‘.

On September 7, 2009 Dara was the first among the members of 2NE1 to release a digital single. Entitled ‘Kiss‘, the song was produced by Teddy Park and was featured in Dara‘s first ever commercial for Cass Beer along side popular KDrama actor Lee Minho. Though the song was not promoted, it topped various music charts beating a lot of strong idol contenders. and comeback artists. The music video – commercial also received a positive and warm response from the viewing public.