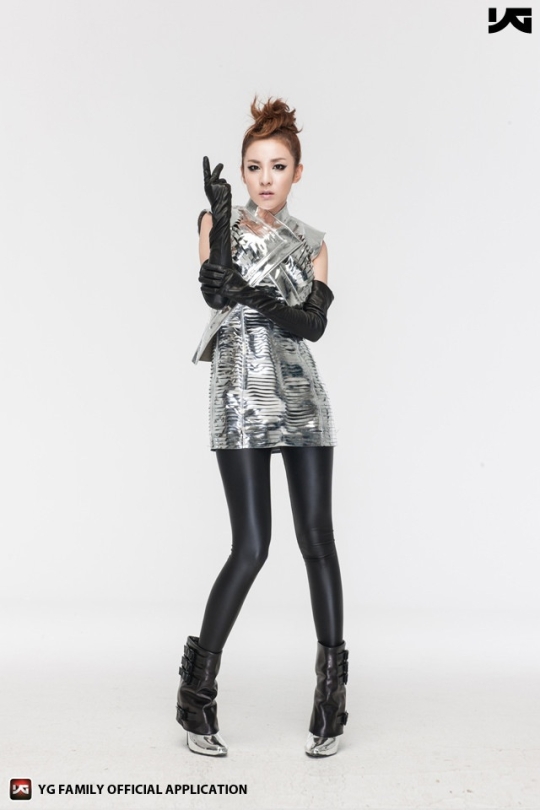 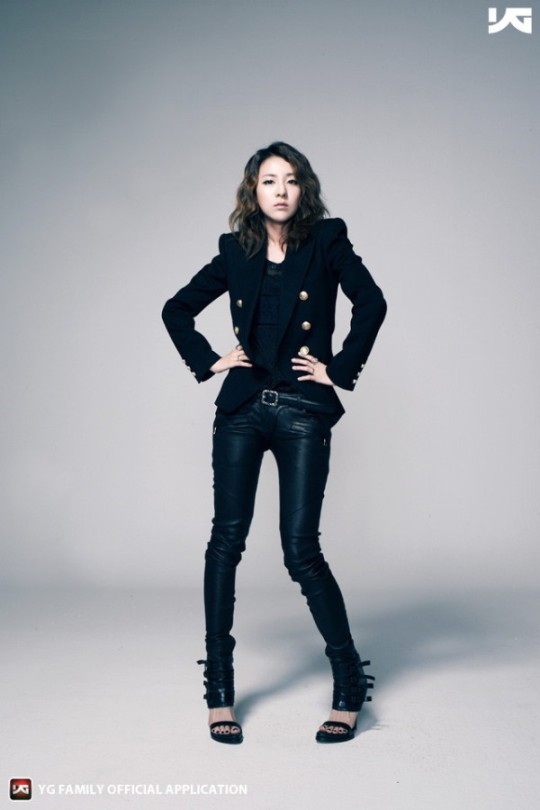 More pictures of the girls after the cut!

END_OF_DOCUMENT_TOKEN_TO_BE_REPLACED

Hey guys! Check out 2NE1’s COLLECTION Album! Despite this, please don’t forget to buy their music legally aight? You can buy it from YesAsia.

END_OF_DOCUMENT_TOKEN_TO_BE_REPLACED

Ohh 2ne1’s album has been released today and it seems that SCREAM is doing good in the Chart..

I received Collection which is 2NE1’s Japanese album!!!+.+ It was released today~!!! Our new song, Scream! and Like a virgin which we sang with our own color! and 2NE1’s hit songs^^; Japanese version! On the DVD, you can watch our MV making, recording room, each member’s interview and also our picnic in the Philipines~!^.^ I’m gonna watch it now!!

I seriously can’t wait to get my copy! 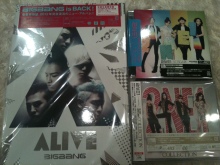 Okay I think I fell in love with the song even more seeing them perform it! The choreography is awesome! And the girls did so so so well! I can’t wait for them to perform this song in full! ^_^

And their fun and adorable interview/talk and game portion! ^^ I haven’t watched the full vid yet, so I’ll edit this after I do. Keke! XDDD

Oh my gosh! Can Dara get even more adorable?! Her hair is so so so cute! ^_^ And the outfit is growing on me. Haha! ^^ And her perf on SCREAM and her expressions during the interview and game are epic! ❤ 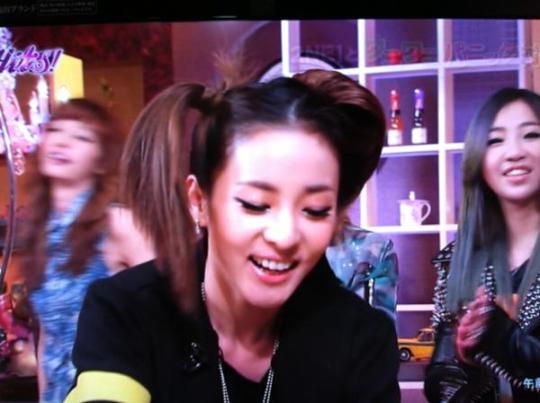 More adorable and fun group caps after the cut! ^^

END_OF_DOCUMENT_TOKEN_TO_BE_REPLACED

From gorgeous ice queen to dorky hip-hop gangsta! Dara just gave off so many looks in this MV! It’s so adorable! Keke! ^^ 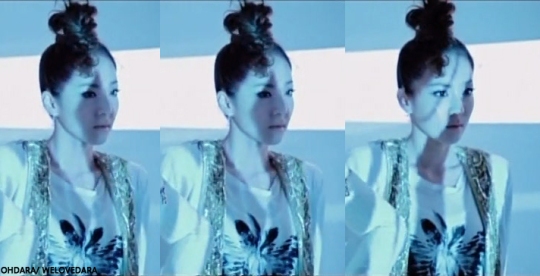 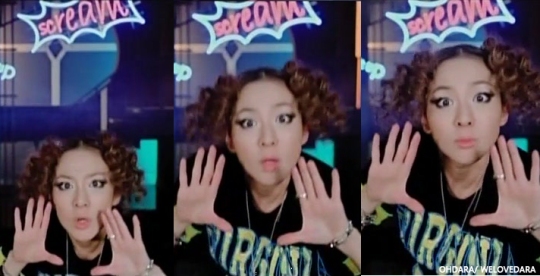 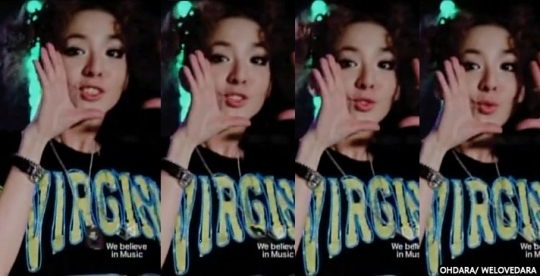 I am so sorry guys! I have to out for band practice, but I’ll upload more when I get back! ❤

Edited and re-uploaded by: OhDara/ WeLoveDara

Please do not edit the credit lines when taking out. ^^

OMFG! Dara in bangs! So so so gorgeous baby girl! And I love her rosy cheeks, minimal make-up, outfit, bunned-up hair! I love her period! Keke! Such a goddess, Dara is! ❤ 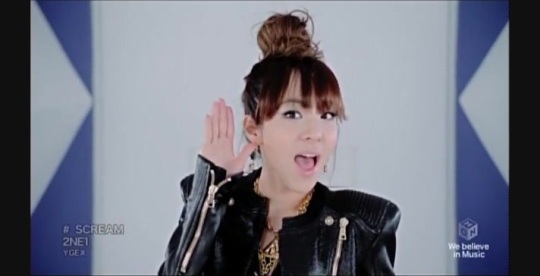 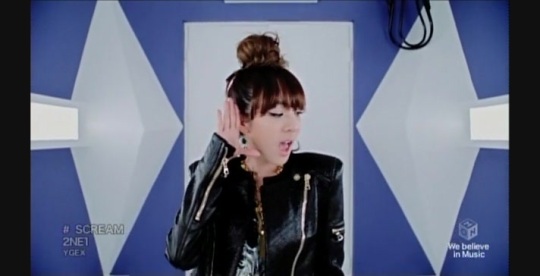 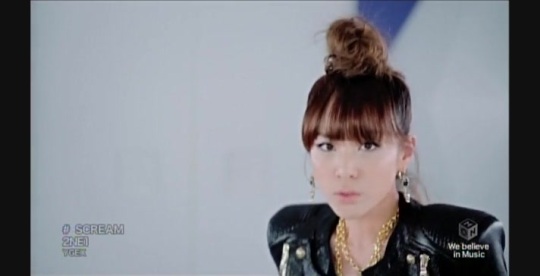 More caps of Sonic-haired Dara and Scream Dara after the cut! ^^

END_OF_DOCUMENT_TOKEN_TO_BE_REPLACED

News: 2NE1 With FPM, Remakes A Popular Song From Madonna.. To Be Released On The 28th

2NE1 With FPM, Remakes A Popular Song From Madonna.. To Be Released On The 28th

4-member group 2NE1 would be having a remake of one of popstar Madonna‘s famous songs.

2NE1‘s “Like A Virgin” is a joint project with Japanese electronic global group, “Fantastic Plastic Machine.” 2NE1 is expected to give the song a stylish and different atmosphere, as the group is quite different from the original artist, Madonna.

The song will be used as a theme song for a Japanese beverage CF. In addition, the new full album would also contrain 2NE1’s new title track “SCREAM” as well as other hit songs like “Love Is Ouch,” “Fire,” and “I Don’t Care.”

On the other hand, 2NE1‘s recently released album jacket photos has gained a lot of attention from fans, raising up more expectations. In the photos revealed to the public, the members showed off a sexy and feminine look, which added more to their charismatic image, presenting a different image to their previous concepts.

As the album release draws nearer, 2NE1 is expected to go full out on activities, including a set of rigid schedules in Japan. On the upcoming 31st, 2NE1 along with labelmate, group Big Bang, are expected to perform on stage for Spring Grove Festival, Japan’s largest R&B and hip-hop festival.