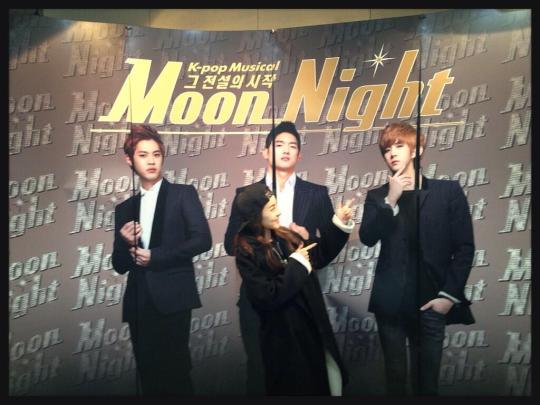 On March 3, 2NE1‘s Dara uploaded a picture of herself at the venue to watch musical ‘Moon Night‘ in which her brother, MBLAQ‘s Thunder, stars.

She wrote, “I came from watching the musical ‘Moon Night’~  I went there with high hopes because it’s about moon night and was not let down as it had 90s music and dances of all genres; I had a lot of fun watching it! @.@ My eyes were popping out~  The dialogue was fun and my Thunder is the cutest!!! >.<”

Check out the sibling love in the picture above! 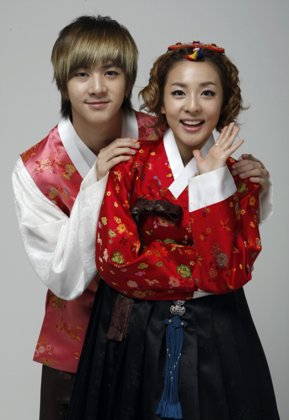 Check out more adorable photos of Park Siblings after the cut! 🙂

END_OF_DOCUMENT_TOKEN_TO_BE_REPLACED 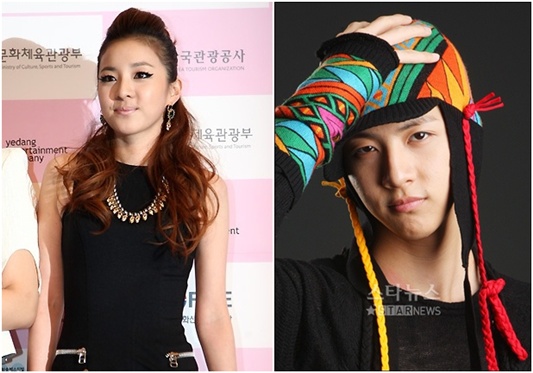 Dara Park, on the live broadcast of KBSTV2 “Entertainment Live Weekly,” appeared with the rest of the 2NE1 members, showing an interview and behind-the-scenes for their CF of cosmetics brand, Etude.

In the interview, Sandara Park was asked to leave a message to her brother, MBLAQ’s Thunder, on the request of the VJ. She started her message with, “Gaettong-ah” (meaning, Dog Poop-ah), arousing much laughter. She then added, “When we were young, I called him ‘dog poop.'” explaining the nickname. She added, “Gaettong-ah, please do not be stingy with your reply,” with a smile, the words of advice attracted attention.

2NE1’s leader, CL, also says, “Sandara-unnie’s brother, Thunder, and I are born in the same year, and we call him, Mr. Dog Poop,” once again arousing laughter.

Fans responded with,“Well, can I have that dog poop, unnie?” “Marry me, Mr Dog Poop!” (I bet Mushy would want to know where you live so she can smother you with your own pillow. ThunderMuff FTW!!!-Belle) “Their relationship is enviable!” “Park siblings are so cute” showing fondness and hilarity. 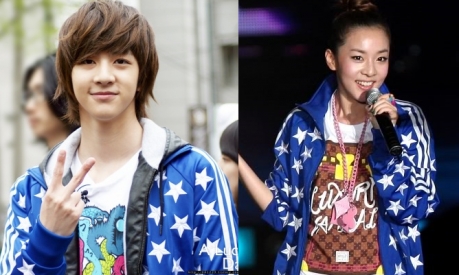 Recently, many netizens have pointed out that the celebrity siblings were spotted with the same blue star-printed sweater. Thunder was seen wearing the sweater in Hongdae while noona Sandara Park was spotted wearing it for the recent Samsung Anycall Corby Family Festival.

More photos under the cut.