[STARCAST] “From where, my god?”…GIRLS’ GENERATION vs 2NE1, analysis of reactions

▶ One female fan intensely cheers. “Oh my god”, “I can’t believe it” and gathers the lips. Who would be the one in which ‘Oh wow’ is directed towards to. They are ‘GIRLS’ GENERATION’. This overseas woman admired ‘Mr.Mr.’s mannish look.

▶ One American male cries out. He consecutively shouts “Oh~no”. Another man gathers his hands and prays. He also made a facial expression of going blank. The one who made him jealous is Dara. The love scene in the music video of ‘COME BACK HOME’ triggered the overseas male fan.

The music videos of GIRLS’ GENERATION’s ‘Mr.Mr.’ and ‘2NE1’s ‘COME BACK HOME’ are popular. ‘Mr.Mr.’ exceeded 12.86 million views on YouTube. ‘COME BACK HOME’ is recording 6.21 million views. It is two weeks after they were released but they are still tempting people to click on the video and are attracting popularity.

◆ 2NE1 ‘Come back home’ : An addictive melody worked. As the music video approached the end, the number of fans singing the chorus part increased. They also showed interests toward the overall story. When the part that they could not understand very well was shown, they were very curious about it.

☞ Scene(37 seconds) : I miss the smell of you, who were hugging me ~ the lyrics part.

Dara’s acting stood out. She was lying on the sofa while hugging the male actor. Dara petted on the man’s hair with anxious facial expression.

It was like as if saying bye to the lover. Sad facial expression was obvious. One male fan from America shouted “Why is Dara with a man”. Another male fan touched his chin. His face looked unhappy in no time.

Dara is in charge of the look. The level of support from male fans is high. The love scene that she presented was enough to bring forth jealousy from the fans. In the scene where she is lying with a man with missing bottom outfit, there were even sighs.

END_OF_DOCUMENT_TOKEN_TO_BE_REPLACED 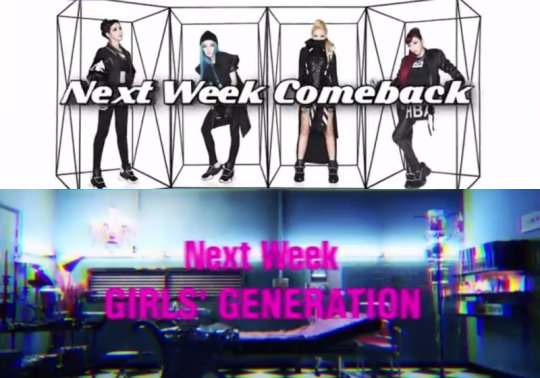 Next week’s “Inkigayo” is a must watch!

2NE1 announced through this week’s SBS’ “Inkigayo” that they will have their first comeback stage on the show next week!

“Inkigayo” aired a teaser video for 2NE1′s comeback next week, which you can see below. 2NE1 will perform two songs- one of their title songs, “Come Back Home,” and “Crush.”

On October 29, Girls’ Generation appeared at the special 1,000th stage of KBS‘s ‘Open Concert‘ and participated in the press conference.

Seohyun and Tiffany said, “Thank you very much for letting Girls’ Generation stand on stage with the sunbaes and hoobaes that we admire.  Like ‘Open Concert,’ which had its 1,000th stage, Girls’ Generation hopes to become singers who can receive love for a long, long time.”

The announcer of the event asked, “Who are the hoobae singers that are here?” and Girls’ Generation named 2NE1.

The announcer then asked them to say something to this hoobae so Seohyun said, “We watch 2NE1’s performances and learn a lot.  We even dance with them in the waiting room . . . We thank you for always showing us a good performance.  Even in the future, we hope you will be with us for a long, long time.”

Every Kpop fan has their favorite group, and for those who are really very familiar with Kpop, they even have favorite groups in each genre.  Here’s a fun list of Top 10 Kpop groups based on popularity of recent performance. 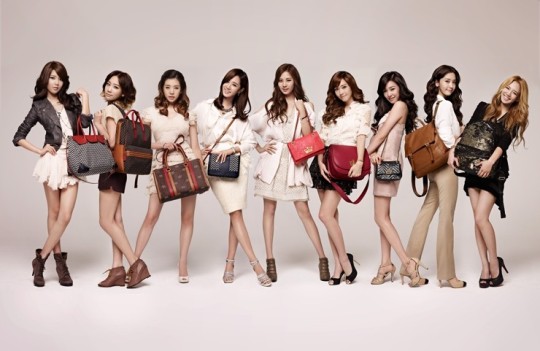 1. Girls’ Generation.  You expected them to be in this position, didn’t you?  There is no other spot for these 9 girls but #1. They are very active in the scene with their solo endorsements, dramas, musicals and now an upcoming world tour.  Kpop is definitely in a girls’ generation.

2. 2NE1 is comfortable and secure at number 2.  With their expected world-class performances and much anticipated comebacks whether solo or as a group, these four women can surely dominate.

3. SISTAR is a KPop girl group in rapid ascent.  With their sultry steps and dominant vocals, they are out there to make their solid mark in Kpop as well. They will be coming back soon with “Give It To Me”

4. KARA Definitely knows how to stay relevant. Way over and past the scandals that plagued them against their management company and moving on to better things and to become better artists, KARA remains to be a permanent face of Kpop for international fans.

5. f(x) has the competitive formula.  Rising to the front of the Kpop girl group leadership status, f(x) has been attracting international attention, recently being featured in SXSW and also collaborating with Anna Kendrick’s video humor website ‘Funny or Die’

6. Miss A, following Wonder Girls’ footstep while making their own mark makes it ahead at the sixth spot. It surely does help that their music is catchy, and of course the fact that the “nation’s first love” is part of the team.  Adding to that, the nation’s first love has power vocals.

7. Wonder Girls made the girl group idol phenomenon what it is, as they pushed the Hallyu wave overseas with “Nobody” from years ago.  While out of the limelight due to solo pursuits, these girls are not yet nobodies.  Need proof?  Their single, “Tell Me” has recenltly been crowned the best Kpop idol track of all time.  Well-deserved.

8. 4MINUTE quickly rose to the charts as they kept pushing the Kpop envelope making hot issues and making sure that Kpop fans will never have to ask them “What’s your name?”.

9. Brown Eyed Girls Compared to the average age of a typical girl group member, Brown Eyed Girls are more the big-sister girl idols.  But they remain unfettered by negative comments, and has proven time and again that sexiness is not defined by consistently fierce performances, and not by age. 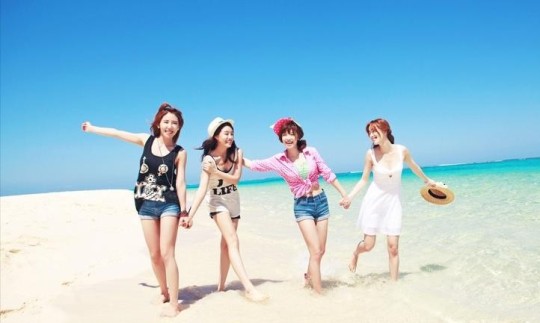 10. SECRET managed by TS Entertainment made it to the Top 10 due to their recent comeback.  From being cute they transformed themselves to sexy goddesses and made a catchy impression.

If you haven’t seen a K-pop music video yet, you haven’t lived! K-pop, short for Korean pop, is a music genre that consists of electronic, hip-hop, and dance from South Korea. The music videos are very colorful and pretty bizarre for most American viewers. The music has a catchy beat, unique scenery, and even though we don’t know what they’re saying, it just seems fun!

Here are our Top 5 favorite K-pop songs. Some new, some old, but it’s all K-pop! Check out the videos below and tell us what you think. Are you a K-pop fan?

Which girl group has the most fan club members?

Recently, a ranking of the most popular girl groups was conducted using the total numbers of fan café members according to Internet portal site “Daum.” The group which came out on top was none other than SM Entertainment’s Girls’ Generation. Girls’ Generation had a whopping number of 284,600 members in their official fan café.

Third place was crowned to the ladies of 2NE1. 2NE1 was similar to the Wonder Girls in the case that their fan café had 90,000 or so members. Considering the fact that 2NE1 debuted in late 2009 their fan base has grown close to 100,000 people in over the span of three short years. Compared to say Girls’ Generation and the Wonder Girls who made their debut back in 2007.

Most noticeable among the top 10 were the youngest girl group A Pink.  Even though A Pink has been around for just a little over a year the girls still were able to pull in impressive numbers for their fan café. The total members of A Pink’s café were close to 30,000. They were able to gather fans the fastest and thus deserve particular attention. A Pink’s recently released comeback album has led to an apparent rise in popularity.

T-ara was excluded from the fan café ranking due to an error. But under normal conditions fans can be assured that they would rank very high on the list. Lastly, After School rounded out the top ten ranking in at the tenth spot with 20,000 members. 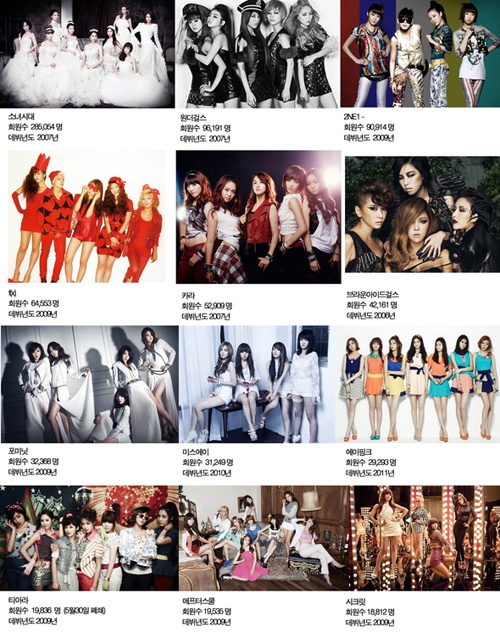 Awww! This is nice to know! Even foreign men find our Goddess irresistible! I always thought that Dara’s beauty wouldn’t resonate much with the western part of the world but I am glad to be proven wrong. ^^

Dara, you are a goddess, an orient doll!