News: ‘We Broke Up’ to screen in 21st Geneva International Film Festival

‘We Broke Up’ to screen in Geneva 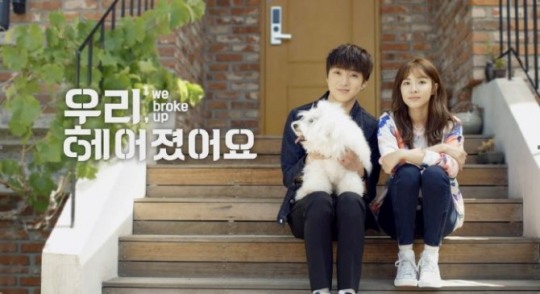 CJE&M’s OnStyle and YG K-plus’ collaboration “We Broke Up” became the first Web-based Korean drama to be invited to the 21st Geneva International Film Festival.

The 10-episode program culminated in July, and as of Oct. 27, garnered over 16 million views online.

Its plot depicts the revival of love between a young couple who continue to live together even after breaking up.

The video was first unveiled on June 27, 2011, and has been garnering popularity ever since. The accomplishment came in just 3 years and 4 months.

Billboard, in celebration of 2NE1’s 5th anniversary, selected this music video as the top of Top 5 2NE1’s Videos You Must Watch last May.

2NE1 will continue on with their World Tour in Macau on Oct 17, and will move on to be part of YG Family Concert that will be held in Beijing and Taiwan on Oct 19 and 25 respectively. 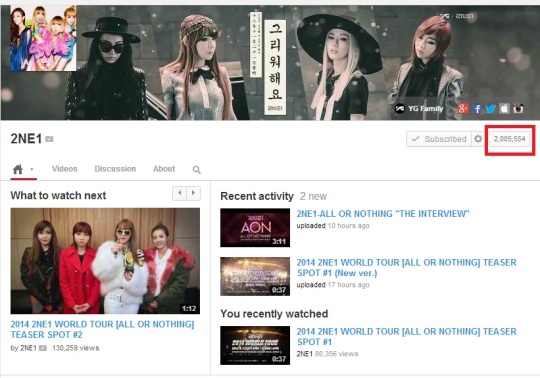 Artists of YG Entertainment continue to prove that they are very influential when it comes to having an empire of followers and supporters.

Big Bang quite sometime ago made it as the first K-Pop group to surpass 2 million YouTube subscribers. And then there is Psy, of course. Psy continues to top the list for the most viewed video, and having close to 7MM subscribers!

Now, another YG Entertainment talent is gaining much attention. K-pop’s fierce girl group, 2NE1, very recently became the first ever female group to reach 2MM subscribers! With excitement pouring for their next album and world tour, All or Nothing, it looks like 2NE1‘s Youtube channel is also getting busy.

2NE1 is currently preparing for their world tour, which is set to begin at home in Seoul at the end of the month. They will also be participating in the recently announced YG Family concert.

Congratulations 2NE1 for this newest achievement!

Expect more surprises from other YG Entertainment this coming months!

She kept her promise of dressing up exactly like her sticker! She’s wearing Jeremy Scott’s multi-color keyboard tracksuit that she wore in New York the other year! ^_^ How cute is she? She eevn got the expression down to pat! Kekeke! ❤

“There are one million followers!!!” 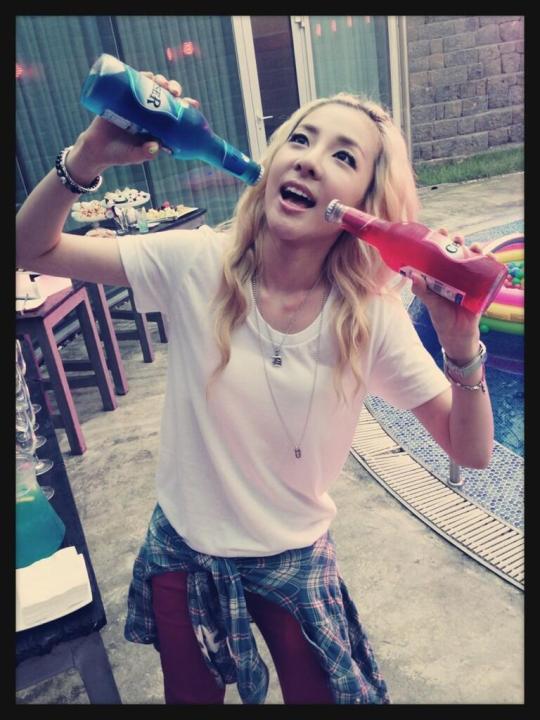 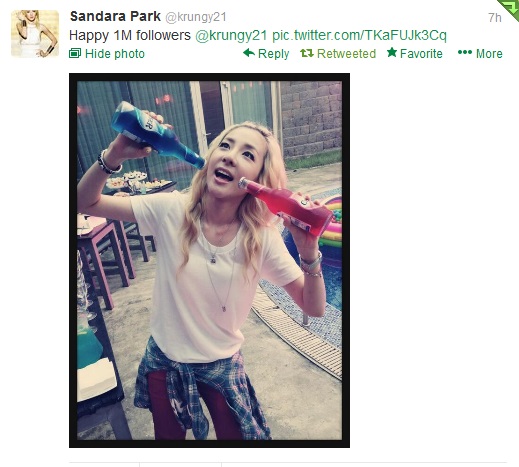