Instagram: Sweet Sandara Park Thanks the Sunbaes from whom she Learned a Lot from in JTBC’s “Talking Street” ~ “Please Don’t Be Worried!”

Sweet, sweet Sandara Park is always sweet and grateful to everyone who comes her way and in anything that she does.. ❤ Can’t wait for the broadcast tonight! ❤ 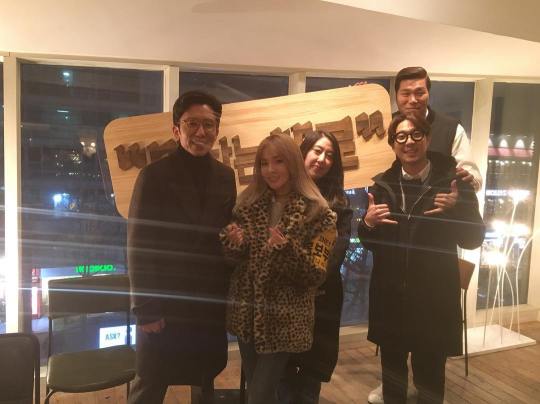 HaHeeYeol (T/N: combination of Haha and Yoo Hee Yeol’s names) 👋🏻 I listened and learned a lot from the good talk that all the sunbaenims made. I was looking back at my history for the past 12 years and I was able to tell you about my burdens, but now I’ve changed into having a positive outlook, so please don’t be anxious or worried. 👍🏻 I hope that one day, someone who heard my talk today would be inspired to work hard and gain strength  🙏🏻  PS: Originally, I wasn’t planning on wearing this… But when I got out of the car, the open air was so cold that I decided to wear it^^;; 🙈

Awww, look at this! They are so cute, the way Hee Yeol holds Dara.. ❤ And stories of Jae Suk taking care of her, makes my heart warm.. ❤ I love their relationship with each other! ^^ 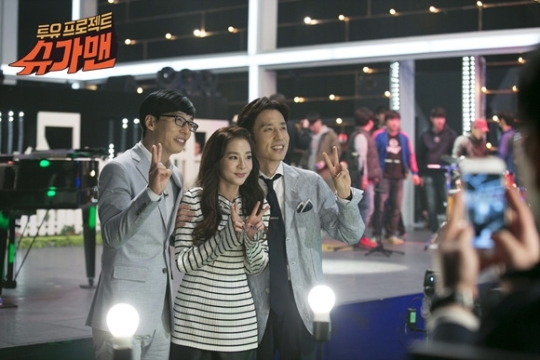 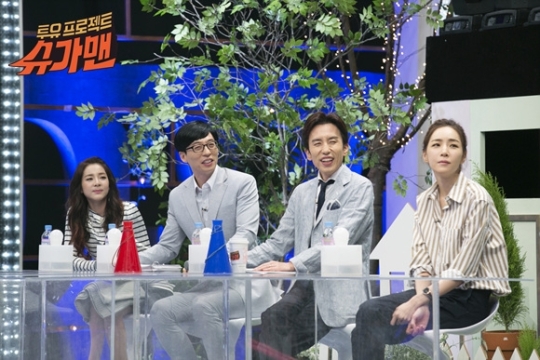 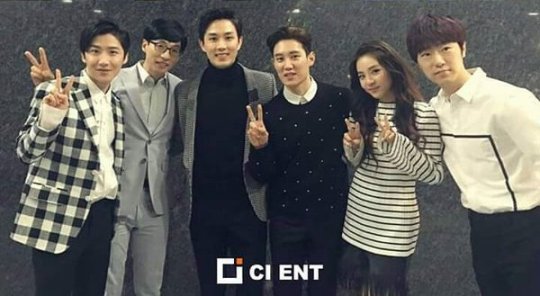 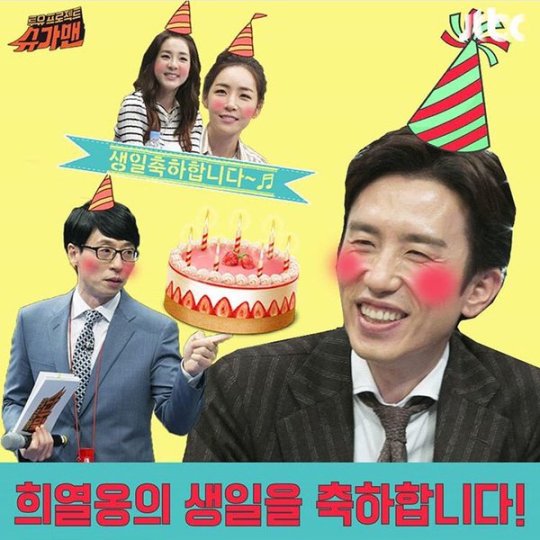 Sources: As Tagged via Sugarman JTBC and Naver

Pretty Dara! ❤ Will be posting up athe full video and hopefully the subs soon.. ^^ 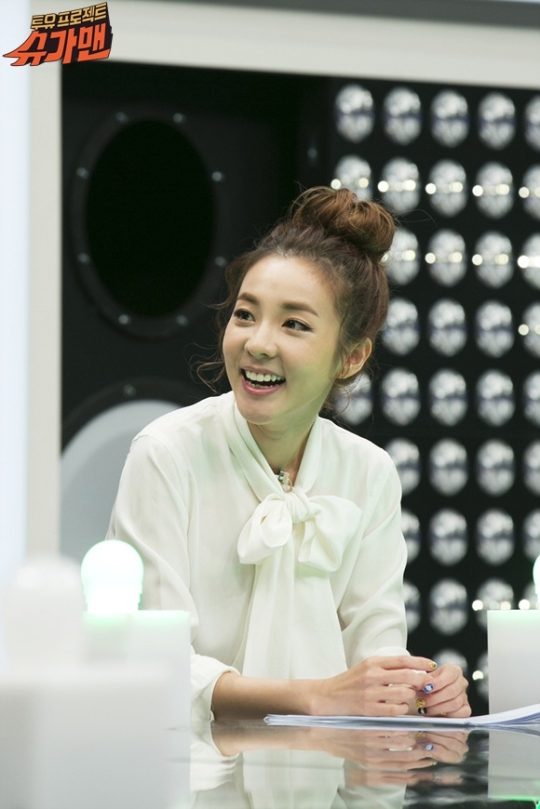 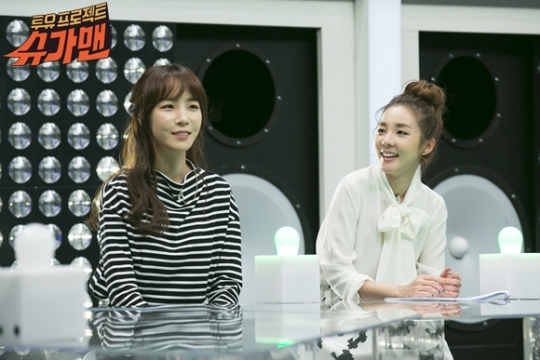 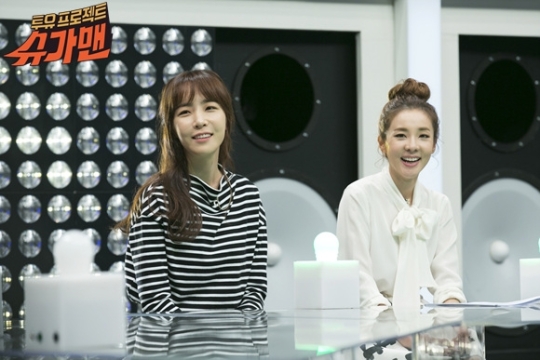 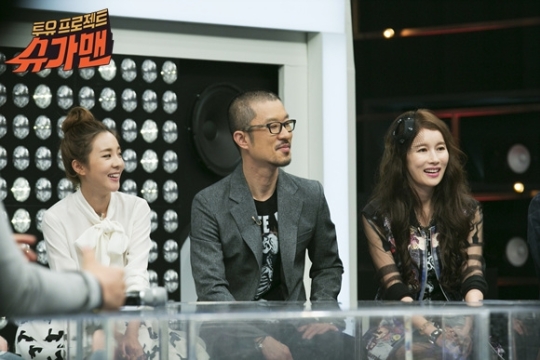 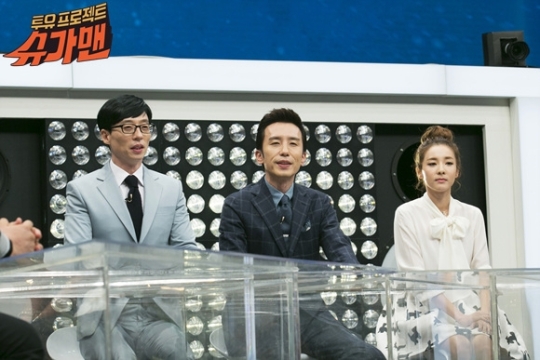 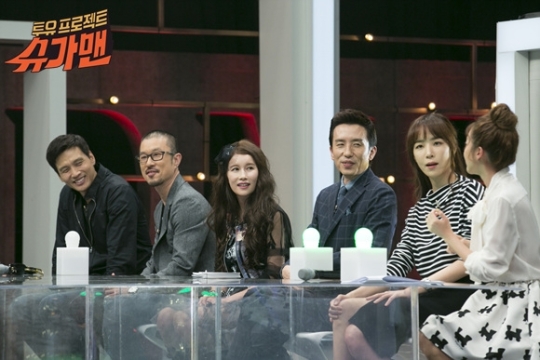 The first broadcast of “Sugar Man” is done! ❤ And our Dara did so well, as expected!!! ❤ She was fun and engaging and really cute! ^^ She did well for a first time MC! ^^ I hope that she continues to do well and learn from the top MCs, the two Yoos! Fighting!!!! ❤

Aww, Dara said she thought she’d be one of the Sugarman because it had been so long since she came out on a show.. T_T We want 2NE1 back on stage too Dara! ^^ She also

revealed her age to be 32, which shocked and surprised a lot of people because she looks so young. XD She then said that she isn’t the oldest idol because there’s still Kahi and Narsha. XD And LOL at her revelation about covering her nose when she did the “You got the fire” part in “FIRE” and the others thought that it was just autotune, then Yoo Hee Yeol remarked about YG not being all that glamorous.. XD In the other video, Mr. 2 talked about his song about empty chairs and lost roads, and he really did feel that way soon after the album was released.. XD Then Dara said that something similar happened when 2NE1 recently sang about love, and not about spurning guys away as with “Go Away” or “I Don’t Care” .. XD She said that love came to her after that! Yoo Hee Yeol got so curious and looked like he really wanted to know.. The MCs tried to get her to say who, but she said it didn’t last long and hedged the question kekeke! XD

Watch the first episode of “Sugar Man” and MC Dara on JTBC’s website!

You can watch the episode with English subs on V App or VLive for desktop! ^^

In case it isn’t working for you, KShowOnline has subbed it! ^_^

Dara has such a humble and good heart, always looking out for fans and working hard.. ❤ 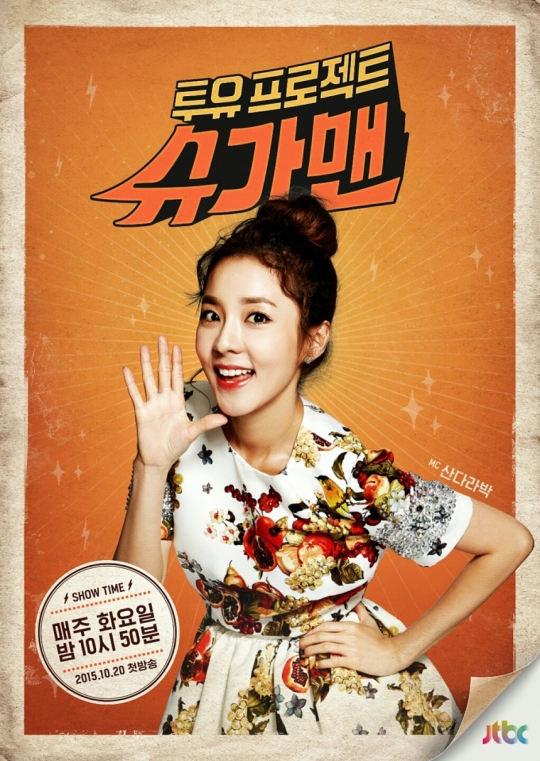 Dara: I’m so happy that I got to join ‘Sugar Man’ as an MC. As the maknae MC, I hope to be the link between the new generation and the old, and with the overseas fans as well 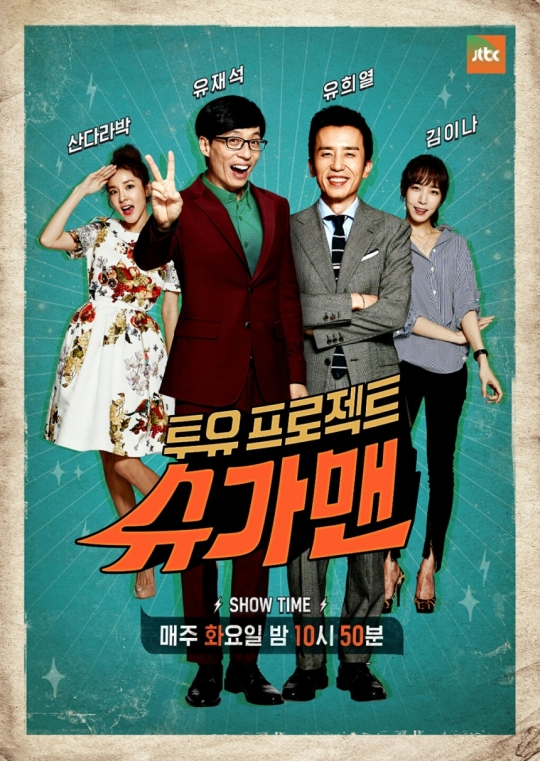 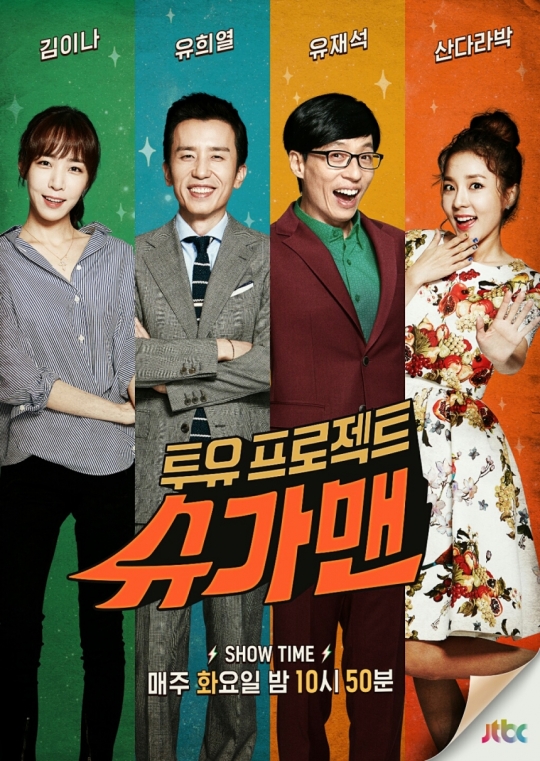 This lady went to “Sugar Man” broadcast shoot, I think this is for the second broadcast.. ^^ 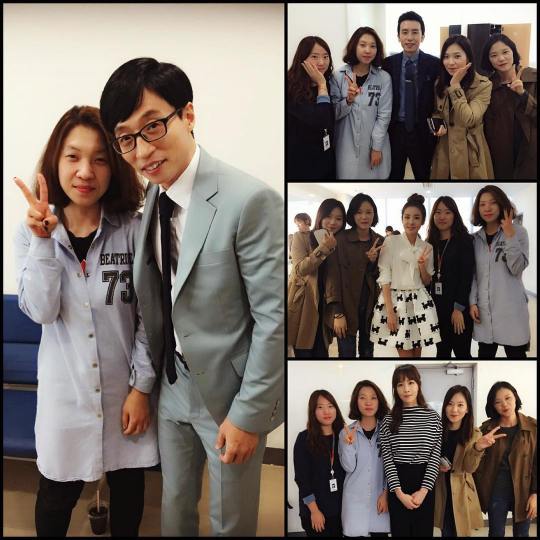 “(Dara) looks like a complete doll.. I couldn’t stand next to her” 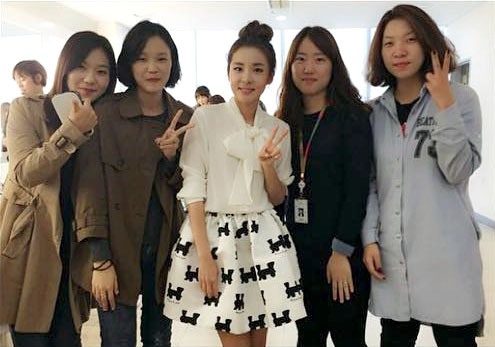 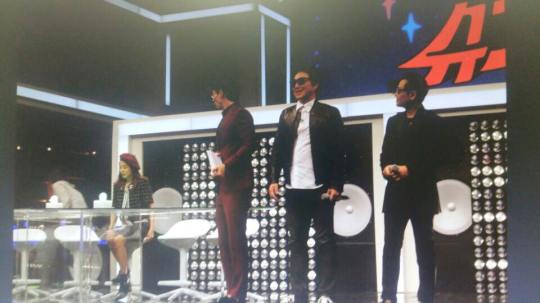 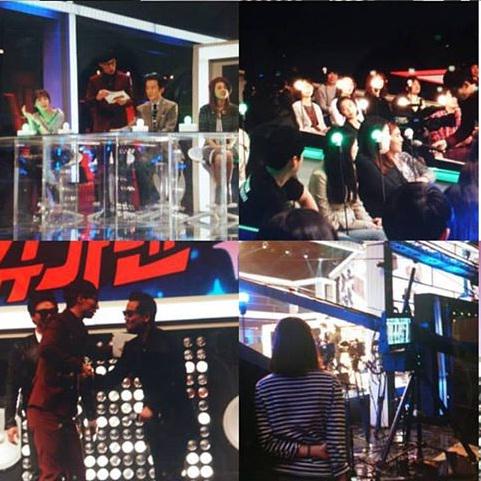 And now we have our first Sugar Man preview! Dara looks so pretty!!! ❤ 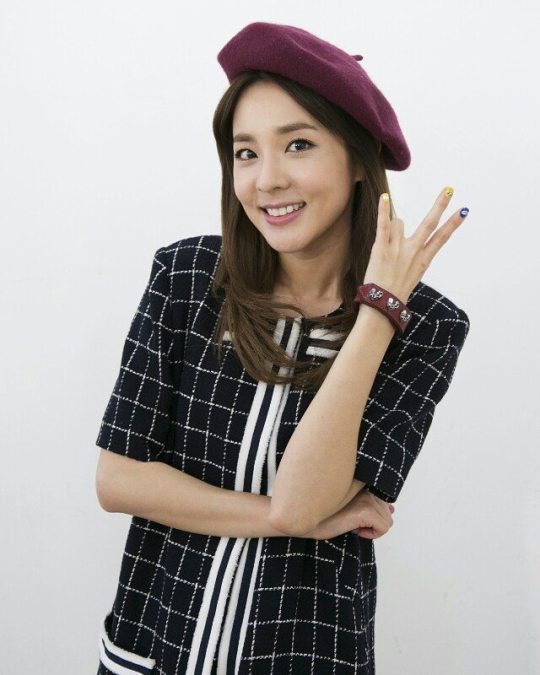 I’m so happy I can meet my seniors that I like and listen to old classic songs~😍 What Sugar Man will come out in the future.. My heart is jumping~ who is your Sugar Man?! 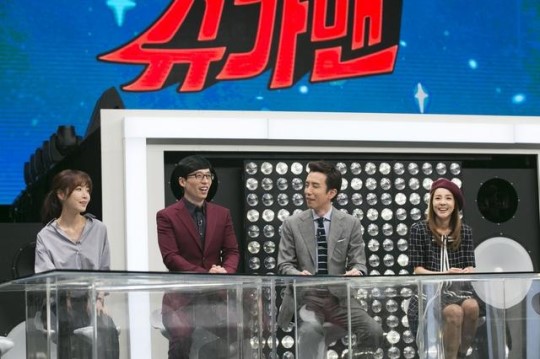 JTBC’s “Sugar Man” has been confirmed for regular broadcasting. Its first episode will air on October 20 at 10:50 p.m.

“Sugar Man” is a program in which short-lived oldies are sculpted into their 2015-hit-song versions. Special guests will perform each song and whichever one gets the higher rating wins. A pilot version of the show was aired last August for two episodes and was praised for the teamwork shown betweenYoo Jae Suk and Yoo Hee Yeol.

“We will be highlighting the pilot version’s strengths and supplement its weaknesses in order to present an upgraded ‘Sugar Man,’” the staff said.

An especially drastic change will be the increase in spectators to 100 people, their ages ranging from 20 to 50 in order to represent all generations.

And here we go! ❤ The “Two Yoo-Project: Sugarmen” filmed last night, and Dara was there! ^^ A Korean Yoo Jae Suk fanbase mentioned that the first broadcast will be on October 20, 11PM.. ^^ 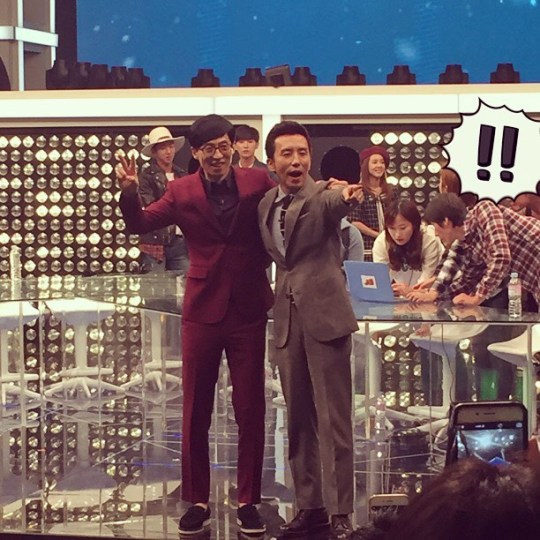 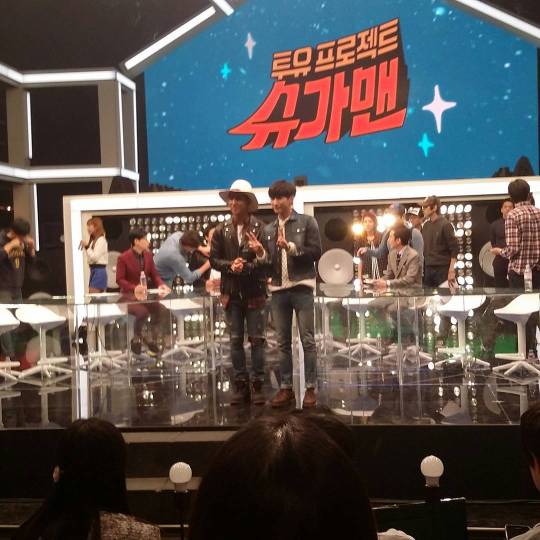 Yahoo for English subtitles!!! ❤ Our girls did marvelously for Sketchbook, they were relaxed, fun, and comfortable during the talk session, and they tore up the stage for their performance for “Come Back Home” and “Fire,” with a special encore “If I Were You.” ^_^ The sexy dance though! He got so flustered after! I honestly think he’d have been more flustered if Dara was allowed to keep her original choreography! Kekekeke! XDDD Yoo Hui Yeol kept saying they’re amazing and cool! The girls are the show episode’s first guests, so enjoy! ❤