Last night on Sugarman, Eana and Dara did the MC duties of two Yoo by being the ones to interview the audience.. They did a splendid job, Dara’s reactions were so fun to watch! ^^

Me with Eana-unnie later tonight! Finally! Etch Sugarman in your hearts~~~Summoning!!! >.<

Aww Dara looked so radiant and happy coming out from the last Sugarman shooting. ❤ Look at her being so cute! I loved the red bandana on her hair by the way keke! ❤ Her fashion is way edgy! ❤

You did well, our Dara! ❤ thank you so much for giving your all and for making Sugarman a fun, entertaining, and informative journey for all of us.. ❤ 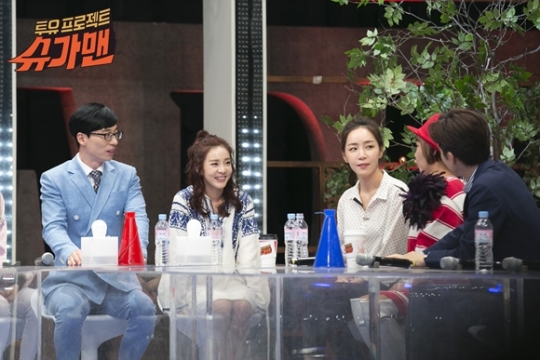 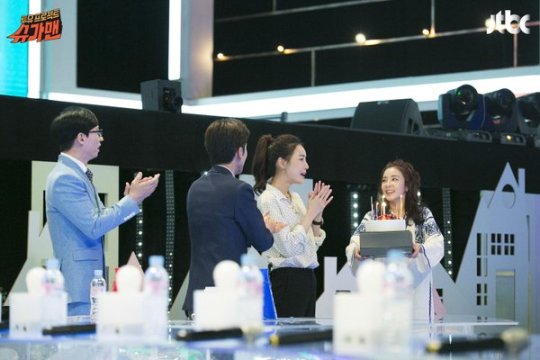 JTBC’s “Sugar Man” has been confirmed for regular broadcasting. Its first episode will air on October 20 at 10:50 p.m.

“Sugar Man” is a program in which short-lived oldies are sculpted into their 2015-hit-song versions. Special guests will perform each song and whichever one gets the higher rating wins. A pilot version of the show was aired last August for two episodes and was praised for the teamwork shown betweenYoo Jae Suk and Yoo Hee Yeol.

“We will be highlighting the pilot version’s strengths and supplement its weaknesses in order to present an upgraded ‘Sugar Man,’” the staff said.

An especially drastic change will be the increase in spectators to 100 people, their ages ranging from 20 to 50 in order to represent all generations.