Hello, this is YG Entertainment.

The LIVE CD which will contain the live audio of the first leg of the tour, during July 28, 29
Will have a lightning-fast release on December 4!

Since this year’s summer, 2NE1 held their very first global tour
‘NEW EVOLUTION’ received a hot response both from domestic and international fans
With the production crew that worked with the likes of Michael Jackson, Beyonce, Lady Gaga, and other famous international pop stars, a high sense of expectation and excitement was raised.
We want to show the explosive sound and powerful stage presence shown during the Korean concerts held on July 28 and 29, at Seoul Olympics Gymnastics Stadium.

With Beyonce’s world tour music director and bassist, Divinity Roxx, in-charge of the music and sound performances,
2NE1’s hit songs like “FIRE,” “I DON’T CARE,” “CAN’T NOBODY,” ” I AM THE BEST, “I LOVE YOU,” and others, all got a different sound and feel with the live band; these songs would be released through the LIVE CD.

Please check the information below for more details:

This will be released online and in stores nationwide on December 4 2012 2NE1 GLOBAL TOUR LIVE CD [NEW EVOLUTION IN SEOUL]!

We hope that you can feel the hot atmosphere once again with this explosive sound.

More news coverage of 2NE1 in Taiwan.. ^^ And near the end, I think they complimented Dara on her Chinese! Dara’s speaking in Chinese never fails to awe me. XD

Whoa! More fancams! And these are all so clear, you could see what the girls are all doing.. And the vids are in HD too! ^^

I Am The Best

END_OF_DOCUMENT_TOKEN_TO_BE_REPLACED

Cute Dara is oh so cute! Love her dark hair! Love her serious, game face! ❤ And of course, all our girls did great! Props also to all the Blackjacks who attended the concert! ^^ 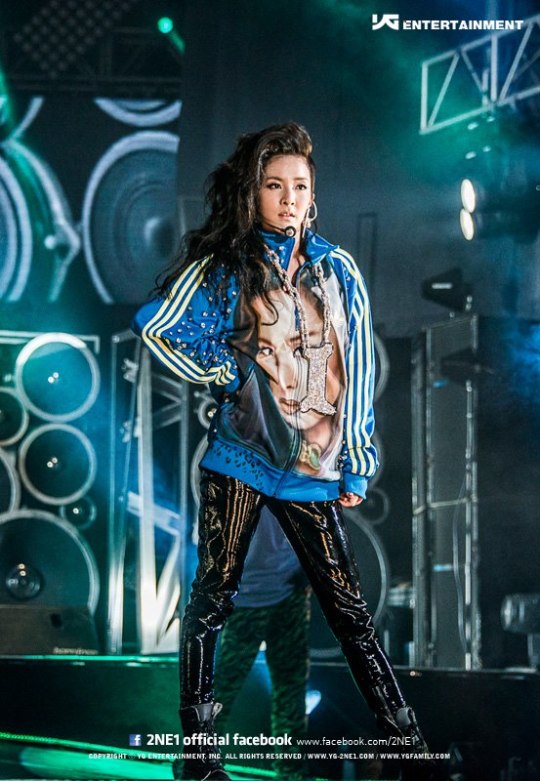 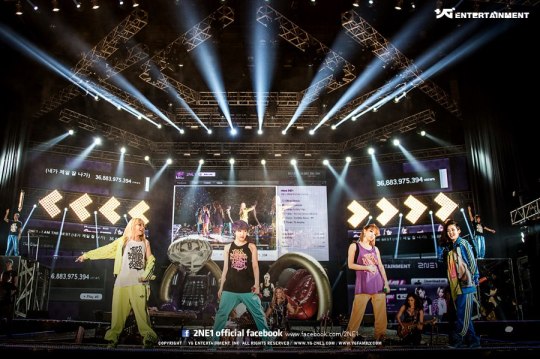 Awesome view is so so so awesome!

More pics after the cut!

END_OF_DOCUMENT_TOKEN_TO_BE_REPLACED

And some more fantaken pics! ❤ Beautiful Dara is so diverse and beautiful.. ❤

END_OF_DOCUMENT_TOKEN_TO_BE_REPLACED

Kekeke, the fans screaming each girl’s name as they get out of their respective vehicles.. And as usual, it’s Bom and Minzy together, while married couple Dara and CL go together. ^^

Woohoo! NewECon in Taiwan! On November 16 at Taipei Arena! Are you excited guys? ^^ Who are going? ^_^

Designer Dara is so cute! She definitely used the Blackjack colors of black and pink really well! Dara, I want the shoes~! ^^ And I love how she incorporated Korea into the design! Notice the word “Seoul” on top of the Adidas logo, and Korea flag at the sole. ^^ She’s definitely a talented, kind, and thoughtful person. ^^

[To BLACKJACK from 2NE1]

What’s up BLACKJACK!! Guess who designed this sneakers? To celebrate 2012 2NE1’s 1st Global Tour, Dara made this ‘New Evolution’ sneakers! You’ll see DARA wearing this during 2NE1 Global Tour. Isn’t it cute? (*this is not for sale) P.S: One of a kind sneakers, Only for BLACKJACK!

YAY! This vid looks like the girls recorded it right after their SingTel photoshoot. ^^ 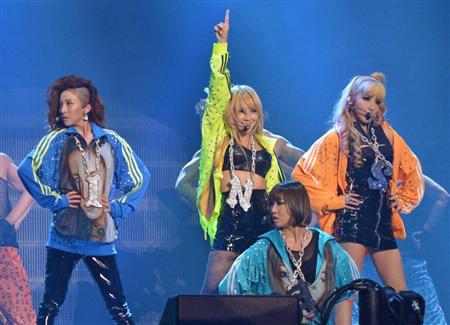 2NE1 fans in southeast Asia should begin preparing now to get their play on with 2NE1. 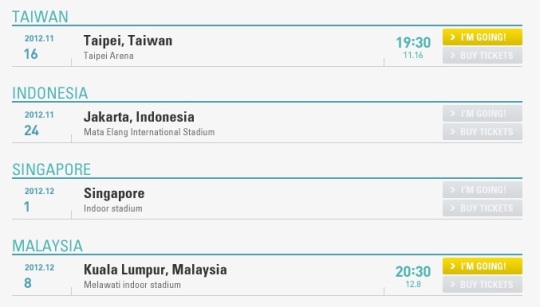 In all, the 2NE1 ladies will perform in seven different countries over the course of 17 performances in 11 different cities. A whopping 200,000 attendees are expected to come in the upcoming leg of the tour.

The upcoming performances will continue to be assisted by the world-famous Travis Payne and Divinity Roxx as well as fashion designer Jeremy Scott.

The final performance for the tour will be held on December 8 in Malaysia.