Congratulations 2NE1~! ❤ And yes, CRUSH was beautifully made.. ❤ 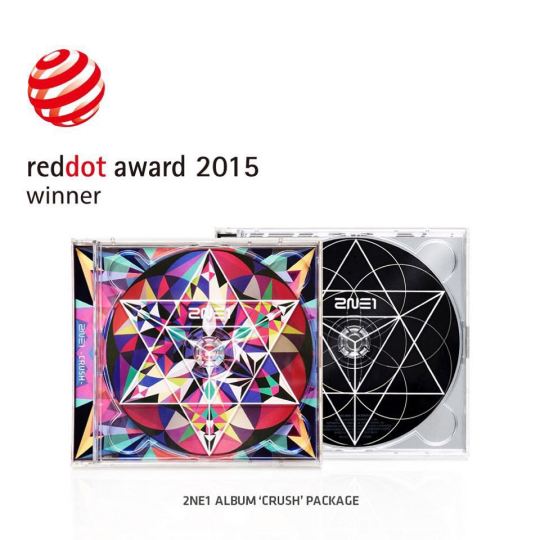 Re-uploaded and translated by: BlackjackBelle@OhDara 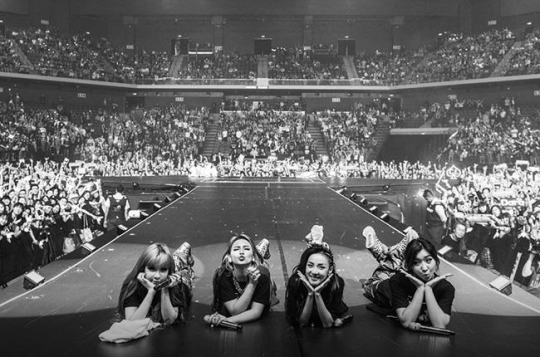 The girl group ends a year of accolades by breaking one more record.

After breaking multiple chart records earlier this year, 2NE1 cap off 2014 with one more boundary-pushing victory.

The girl group’s Crush album ranks at No. 11 on Billboard’s year-end World Albums chart. It’s the first time a K-pop act has notched an entry on the annual ranking that was first introduced in 1995.

Released in February, Crush became K-pop’s highest-charting album while also earning the best first-week sales for a release. The set hit No. 61 on the Billboard 200 — 2NE1‘s first entry on the chart.

In 2014, 2NE1 has found a remarkable amount of Stateside recognition. This included their Korean single “I Am the Best” garnering U.S. radio play (“I Am the Best” was previously released on a 2011 EP), topping Billboard’s World Digital Songs chart, a sync in a Microsoft commercial, a feature in NYLON magazine, appearances on The Bachelor and America’s Next Top Model, plus ranking as one of two acts representing K-pop’s best showing yet on the year-end World Albums Artists chart.

As 2NE1‘s international brand seems stronger than ever, leader CL is confirmed to be working on a full-fledged U.S. debut overseen by Scooter Braun.

Almost two years after K-pop first giddily barged into America’s imagination, the genre hasn’t sustained a post-“Gangnam Style” wave, but the Seoul machine keeps humming. Female foursome 2NE1, buoyed by a cameo on The Bachelor, moved more units of their album in its first week of release than any previous Korean act. That was about it for sales records, but the album itself was no stiff; in fact, it’s a canny downshift from the wigged-out “I Am the Best” maximalist mash-ups of the past. “Happy” is a sunny, strummy jaunt with no manic gimmicks and the ballad “Good to You” soars and sweet-talks likably. But Crush’s centerpiece is “MTBD,” which spotlights group member CL on a bratty squirt of EDM-hip-pop with a bubblegum trap groove. C.A.

After fans waited nearly four years for their second full-length album, the K-pop phenoms did not disappoint with a slew of forward-thinking, wholly-accessible tracks. Crush proves 2NE1‘s knack for genre-melding from the start, opening with the title track that blends Indian tabla drums and switchboard-button buzzing, followed by the reggae/trap-hybrid single “Come Back Home.” Group leader and head rapper CL even takes center stage on the incredible solo track “MTBD,” which sounds like an upgraded version of DJ Snake’s “Turn Down for What.”

Gorgeous 2NE1 in their silver “Crush” outfits! They look glorious! Have I told you how much I love seeing them perform “Crush”? They’re just so full of energy, it’s contagious! ❤

Here’s an HD video of their performance! ^^

Photos: 2NE1 Looking Fierce On “Crush” Wallpapers For The Month Of July

The girls looking so fierce! I really love this outfit of theirs. ❤ Here are “Crush” wallpapers of the girls. Please click on the photos for their original sizes. ^^ 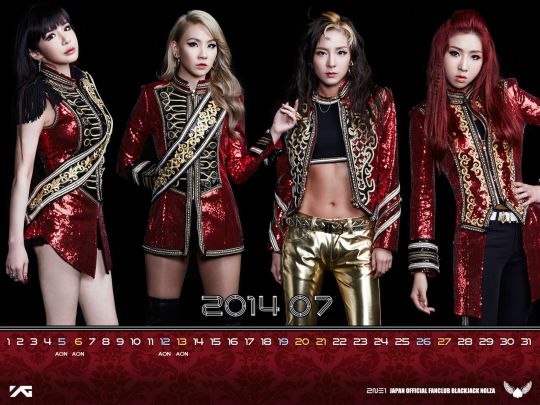 OMG! The girls nailed this performance! Crushed it! <333 Dara’s close-ups killed me, I swear! And I don’t know how she does it but 01:08-01:10 of this video proves how she can look adorably cute to uber sexy in just a second! *hyperventilates* Bommie really looks good too! She was so fierce and was oozing with confidence! All of the girls do! Chaerin was, as usual, so full of energy! Minzy’s sexiness was up a notch! My poor fangirl heart! T_T Gahhh! I MISS SEEING THEM PERFORM!!! *waves pom-poms everywhere, flails, dies, goodbye*

Before the performance, CL and Minzy talked about “Crush” album, and CL also talked about her cats. Park Sisters’ reactions to these are so adorable! Too cute! ♥

Here are some caps of the girls! 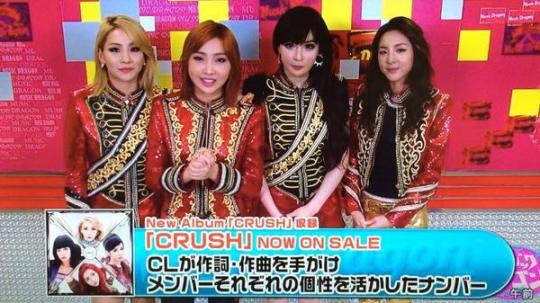 END_OF_DOCUMENT_TOKEN_TO_BE_REPLACED

It’s always fun watching the making videos of 2NE1’s MV! They are always fooling around when they are not filming, just like they always do in 2NE1tv. I can’t take my eyes off of Dara’s hips when they were filming her part, kekeke! I love how she sways her tiny hips! ❤ I was LOL-ing at Bom spraying her infamous mists during the filming. XD CL was so cute showing off her aegyo and complaining about her clothes. And Minzy on the pole was wow! Ero Minzy! Haha! ❤ Watch the video below to know what I’m talking about. ^_^

Video: 2NE1’s Fun Behind the Scenes Footage During the Making of “CRUSH” PV

The girls are just so so so cute! I really love BTS because I love seeing the girls’ dynamics! CL so cute when she said, “Dara-chan kawaii” and then proceeded to imitate her “Nolza, hey hey nolza!” part! Kekekeke! XD So happy to see the BTS during “rebel schoolgirl” Dara’s part! Woohoo! Bom and her mist are inseparable! How cute are Minzy and CL at the start when Minzy had to bump into CL’s shoulder, kekeke! ❤ Our OT4! ❤