Food, food, food! Dara the foodie who never seems to gain weight no matter what.. XD 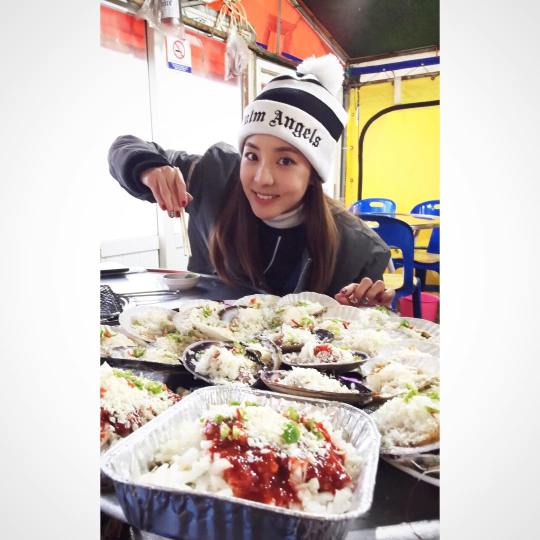 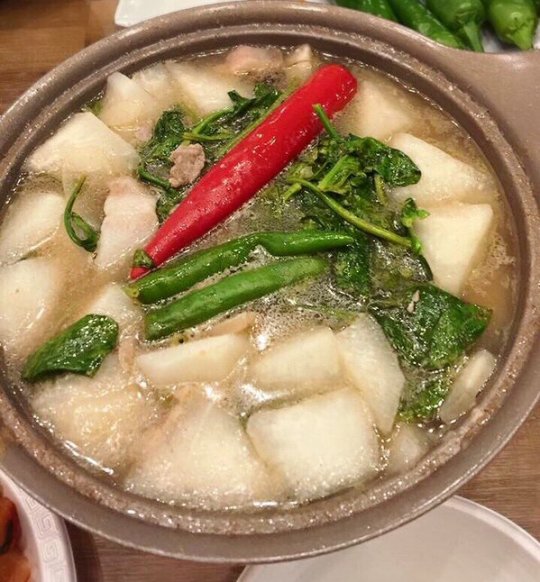 The sinigang my friend cooked for me during my birthday was so delicious!!! She left the pack of sinigang mix, but I don’t know how to use it 😂 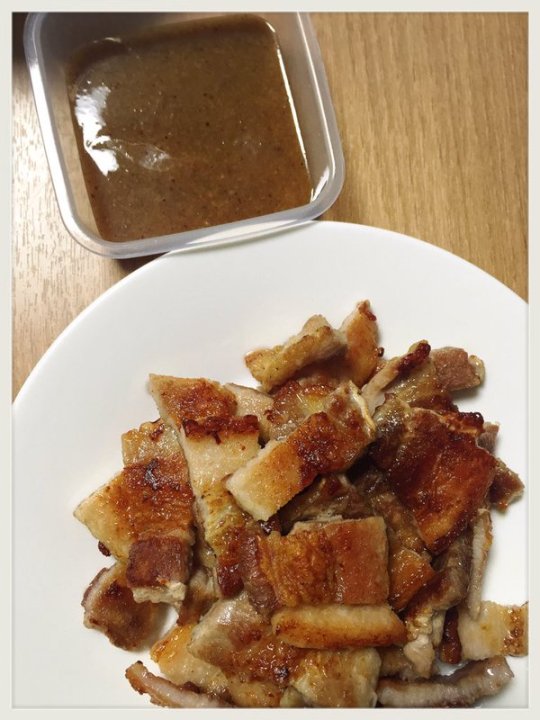 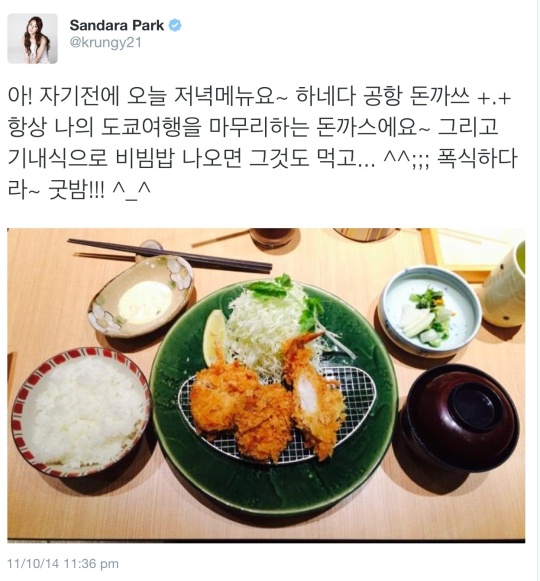 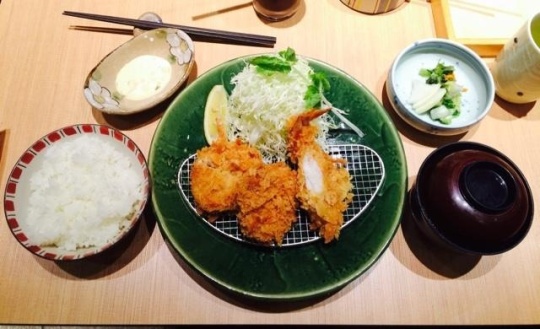 Oh! Here’s my dinner before I go to sleep~ Pork Cutlet in Haneda Airport! It’s the pork cutlet that always ends my Tokyo trip~ and Bibimbap which I get in the plane..^^ Eating much Dara~ Goodbam!

Wow, Dara sure is thoughtful of her Big Bang dongsaengs ^^

END_OF_DOCUMENT_TOKEN_TO_BE_REPLACED

Dara: Freely walking the streets of Harajuku district eating Takoyaki. It’s been awhile since I’ve had some free time.. Kyah ~ I like it..

Dara: Ah ㅠ I know that feeling really well too!!! Just come to Korea! I’ll have a fresh batch waiting – just for you!ㅋ I’ll be your guide to all the good places. Hurry and come with Peter-ssi~^^

Steve: ㅋㅋㅋ Really?! I better hurry and go.. ㅋㅋㅋ If you just take us to the good places, I’ll pay ㅋㅋㅋ

Dara: Whatever~ you’ll be the guest so I will pay!!! Come~~~ ㅋㅋㅋㅋ In exchange you’ll just owe me if I go to New York ㅋㅋ

Twitter: Dara Enjoys Takoyaki in the Streets of Harajuku

Earlier today, Dara tweeted that she was enjoying Takoyaki in the streets of Harajuku. (≧∇≦)

It seems she’s enjoyed having some free time to do so, after such an hectic schedule (⌒▽⌒) 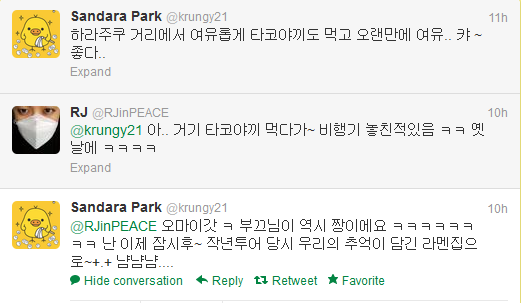 Dara: Freely walking in the streets of Harajuki, eating Takoyaki.. It’s been a while since I’ve had free time.. Kya~

RJinPeace: Ah… I’ve once missed my plane~ because I was eating takoyaki there ke ke A long time ago ke ke ke

Dara: Oh my God ke Although it’s embarrassing, that’s the best kekekekeke I will be leaving soon~We’re now on our way to the ramyun shop that holds memories from our tour last year~+.+ nyam nyam nyam

Yes guys! We bring you another San Union Project! ^^ We started the project last week with gifts for Dara for 2NE1’s Comeback Stage in Inkigayo. You can check out the details of that project here! This week, San Union Project sponsored 2NE1 and YG Staff’s food for their 2nd Inkigayo stage! We provided the girls and YG Staff with different kinds of food, fruits as well as dessert. We just wanted to give the girls something delicious that will warm their tummies and hopefully show how much we love them.

Here are some photos of our project!

We will be showing you guys more photos once they become available! ^^ Thank you so much to @OMG_SANDAR for the hard work!

Minzy and Dara acknowledged the gifts from San Union!

Dara: Thank you very much for the San Union Food. The members and staff are all full and we ate well.