Dara is sizzling hot, seriously! Those legs, that look! ❤

Oh wow! Are all those Dara’s gifts?! Thanks Penshoppe for your love! The hat looks super nice! *goes off to buy* 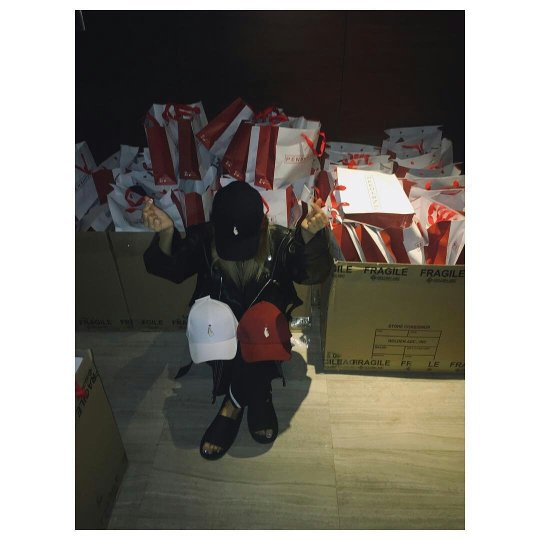 Finger hearts cap by penshoppe!!! Thank u sooooo much penshoppe for this super cute special bday gift for me and for my friends!!! 😍😍😍@penshoppe is 💘 💘💘

Dara looks soooo good in this spread! ❤ She rocked every outfit and showcased a different aura for each picture! Seriously, her aura, gaze, and poses are no joke! ❤ She’s fully clothed, but she radiates allure and sexiness even then! More than 12 pages of Dara goodness in this issue! ❤ 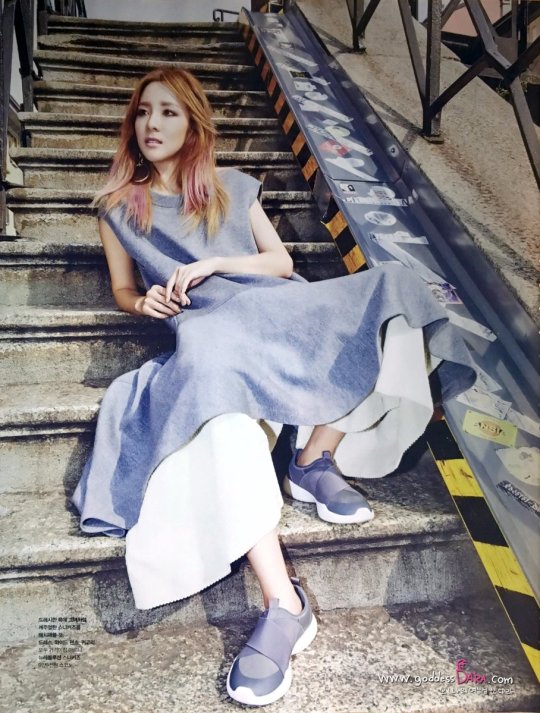 END_OF_DOCUMENT_TOKEN_TO_BE_REPLACED

SANDARA PARK and KANG SEUNGYOON stepped up as heroine and hero for YG’s monumental pictorial shoot.

On the evening of the 27th, SANDARA and KANG SEUNGYOON made a surprise reveal of their photo shoot by posting a video of them at the shoot via ‘LIVESTORY’ featuring of ‘SNOW’, a communication app.

In the video, the two show their fun and mischevous sides, filling the clip with their explosive wits, and lead the shoot on a happy vibe.

However, the two became more serious than ever as the actual shoot began. The glimpses of their chic and lofty shoot, which can be seen in the behind the scenes clip, only heighten the excitement for the pictorial.

Previously on the 26th, YG has gathered much attention as it revealed its first collaboration project with LVMH. The teaser images released at the time concealed the identity of the models and merely showed parts of their body, intriguing the public.

This project photo shoot features the 2016 F/W collection of ‘KENZO,’ a fashion brnad owned by LVMH. For the photoshoot, KENZO itself has flew in collection samples that are not available in Korea, from various countries including France and Singapore. From the internationally reknowned photographer Ok Jinhyuk, to the creative team, cinematography, hair, makeup, to styling, some of the best hands in the entertainment business came together for the photo shoot.

YG Creative Director said that they produced results of elevated consummation by approaching the photo shoot in a more artistic angle than that is often taken in the entertainment industry. YG also explained that “as this photo shoot will be revealed not only through Koreana press, but also through diverse foreign media that paid great attention from preparation to execution, aiming to create an art piece rather than a photo shoot.” LVMH also could not hide its satisfaction that “the unprecedented collaboration between a luxury brand and UYG that boasts exceptional creative capabilities, has produced results that have never been seen.”

The main contents of the photo shoot of SANDARA PARK and KANG SEUNGYOON will be divided into two parts, the first will be revealed on midnight of the 27th of September, and the second at midnight of the 29th, on the YG STAGE site and its official SNS account. The collaboration of two bold characters, YG and KENZO, has been expressed under the theme, “PYGMALION.”

“PYGMALION” is a sculptor in Greek mythology who falls in love with his own sculpture. In pyschology, the phenomenon whereby higher expectations lead to performance is called the “Pygmalion Effect,” after the mythological figure.

Check out the teasers after the cut!

END_OF_DOCUMENT_TOKEN_TO_BE_REPLACED

Weeee~ Another fanboy added to Dara’s long long list! Keke~ ^^ This video is a cut from MBC’s “Music talk talk marbling”~ Aigoo this fanboy is so cute and bold! Keke~

Ahn Jae Hyun is a model and also an actor for music videos. Some of the music videos he acted on are Sistar19’s “Gone Not Any Longer” and Baek Ah Yeon’s “Sad Song”~