Archive for the ‘Rumor’ Category

According to the news, 2NE1’s Mini Concert in Seoul is also a film shooting for an ABC TV Show in the U.S.  “The Bachelor” is an ABC TV Show. ^^

Earlier today, 2NE1 had a Mini Concert at Yeongdeungpo Times Square which left a lot of fans puzzled. First and foremost, the announcement to hold a Mini Concert was so sudden. I think the schedule was announced only 3 days before the event itself.  Second, when Blackjacks gathered together at the venue, they noticed that the place was filled with American staff not to mention the fact that YGE’s me2day announced that the Mini Concert was for an American Broadcast.

Apparently, the American male you see in the photo is the newest lead of hit U.S. reality TV Show “The Bachelor”, Juan Pablo Galavis. The girls with him are his bachelorettes. They are the cast of the newest season of “The Bachelor.”

END_OF_DOCUMENT_TOKEN_TO_BE_REPLACED

Oh~ Many are wondering if Dara has finally given in her fans’ requests and opened an Instagram account!

So supportive and loving! T_T Dara, your kindness will surely be rewarded ten-fold! You support the ones you love with no conditions and reservations! YOU ARE THE BEST!!! 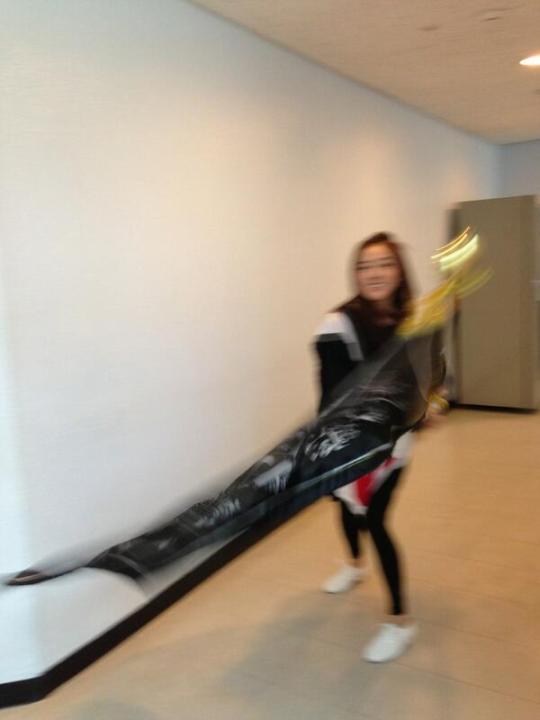 Screencap: Inga Willis Gives A Shout Out To Blackjacks on Twitter

OMG! Inga Willis, the musical director and the bassist for 2NE1’s New Evolution Concert, just tweeted this. Is it safe to assume that she was pertaining to another concert or another world tour perhaps? Yes please! T_T

Info/Rumor: Will KESH be working with 2NE1?

A few days ago, KESH tweeted that she has big news and that she will be working with “Korean Superstars” soon. Blackjacks didn’t put too much into it but just an hour ago, she tweeted a photo tagging CL saying, “these will be with you soon!” Is this for 2NE1? Is this for a solo project for CL? As of now, we can only speculate! Here’s hoping that this is for 2NE1’s much awaited comeback!

What do you guys think?

Kesshia “Kesh” Kumari is an English fashion designer, magazine editor, stylist and DJ based in the East End of London and New York.