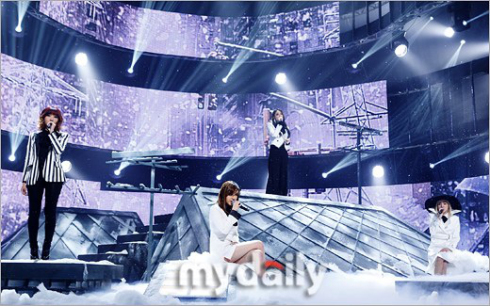 END_OF_DOCUMENT_TOKEN_TO_BE_REPLACED

On SBS’s music program Inkigayo aired in the evening of Dec 8, 2NE1 was up against Hyorin, a member of SISTAR, who sang ‘One Way Love’. And the final victory was seized by the girl group, 2NE1.

2NE1 has been proving their endless popularity by ranking #1 on other music programs including MBC’s Show! Music Center and cable channel Mnet’s M Countdown.

‘Missing You’ that helped them win the latest trophy is a follow-up single of their two previous songs, ‘Falling in Love’ and ‘Do You Love Me’ this year. The latest sentimental song is one that is perfect for winter, with the four members’ astonishing harmony.

Dara Shares Her Thoughts After Becoming 1st Place On ‘M! Countdown’ – “I Will Give Back With Better Songs And Performances On The Stage” 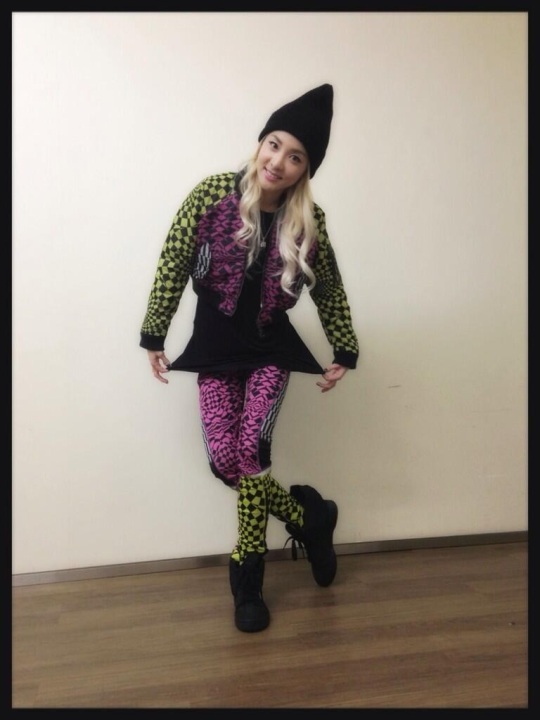 [OSEN=Lim Seung Mi] Dara from a girl group 2NE1 shares her thoughts after becoming the 1st place on Mnet ‘M! Countdown’ with the song ‘Missing You’.

Through her Twitter on December 5th, she said on her post “We became the 1st place on ‘M! Countdown”. Other than saying thank you, we have nothing else to say. During the encore, we promised to have sad expressions but I was so happy that I ended up laughing. We will give back with better songs and performances on the stage” and posted a picture along with it.

In the picture that was revealed, Dara shows a bright smile and is staring at the camera. She was giving polite bows holding her skirt to say thanks to the fans and got the attention.

When people saw this, they replied in various ways saying ‘“Missing You” is really good. It is a perfect song to listen to in winter”, “Congratulations on becoming the 1st place on M Countdown! and lets continue to be the 1st place” and “You are pretty but your heart is also pretty” and so on.

Meanwhile, 2NE1 released the new song ‘Missing You’ and is currently actively promoting their new song.