Bringing a close to 2013, Sung Si Kyung, 2NE1’s Sandara Park, and Super Junior’s Heechul will be showcasing their MCing abilities at the 2013 SBS Gayo Awards. 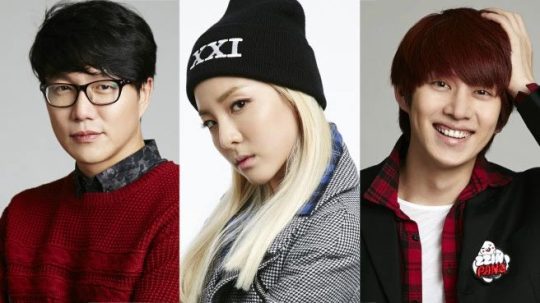 On December 18, SBS announced the three singers as the hosts for this year’s music festivities. While it’s a rare occasion that all three MCs are singers, Sung Si Kyung and Heechul have proven their hosting abilities through several variety programs, such as 1 Night 2 Days, Witch Hunt, and Ssulzun.

This will be Sandara Park’s first time hosting an award show, but with her bright personality, she is expected to mingle well with the other MCs.

Twitter: Adorable Dara (@krungy21) Says Goodnight and Cheers The Tired and Restless ~ “To Everyone Who Are Cold, Tired and Sleepy but Can’t Sleep… I’m Sending This Message To Cheer You..”