Dara hung out with her friends in Itaewon yesterday! She’s with Japanese designer, Yuka, and her good friends, Marshall bang and Lydia Paek. The other guy, tagged by Marshall in his Instagram, is Lando Wilkins, and according to his profile, he’s a choreographer and designer.. ^^ Love how Dara has time for her friends and how she is so down with them.. ❤ 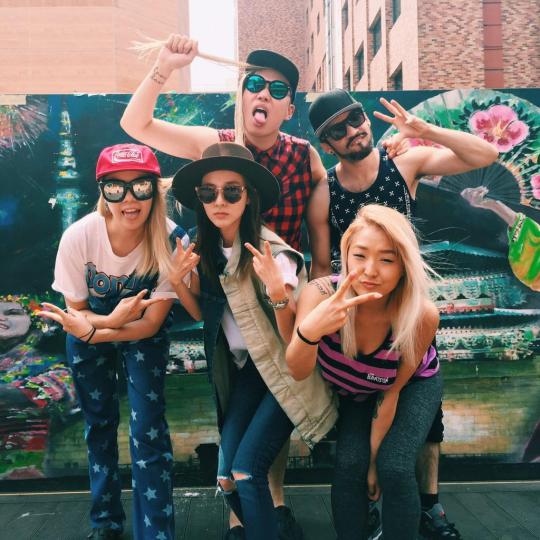 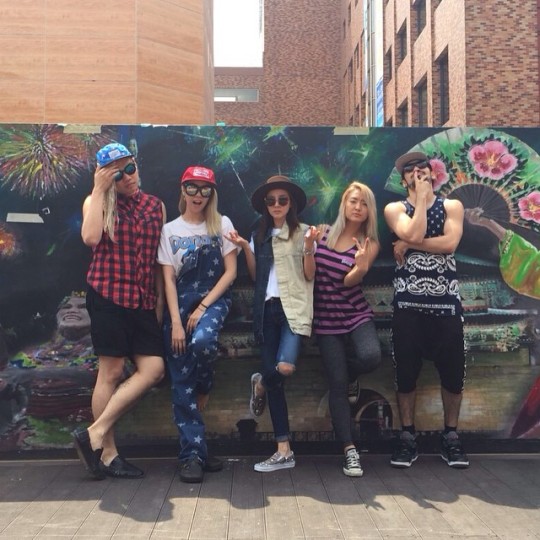 Thank you Marshall for these little nuggets of absolute cuteness! ❤ 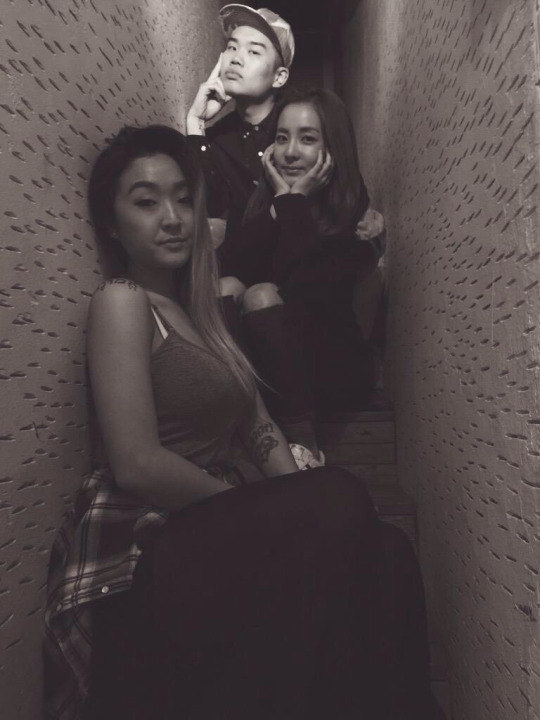 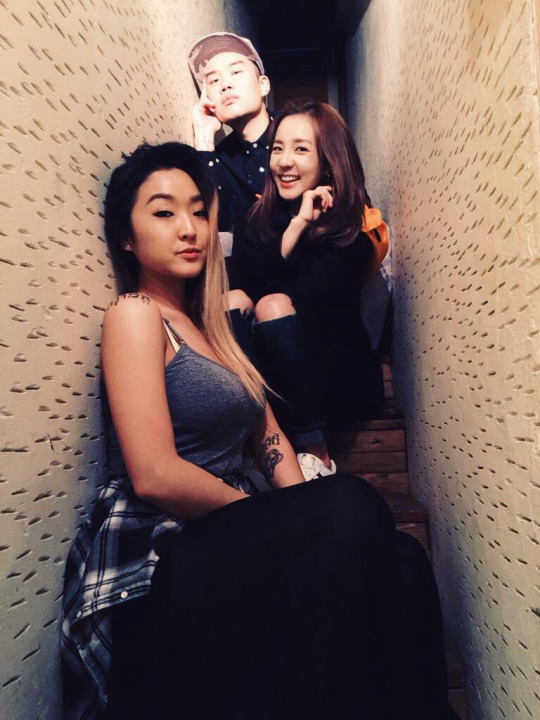 Instavid: 150425 Short Clip of Dara with Lydia, Marshall Bang and Ha Yun Ha Dining Out After Watching ‘Made’ Concert

It looks like Dara went out to eat dinner with Lydia, Marshall and friends after watching BIGBANG’s concert. 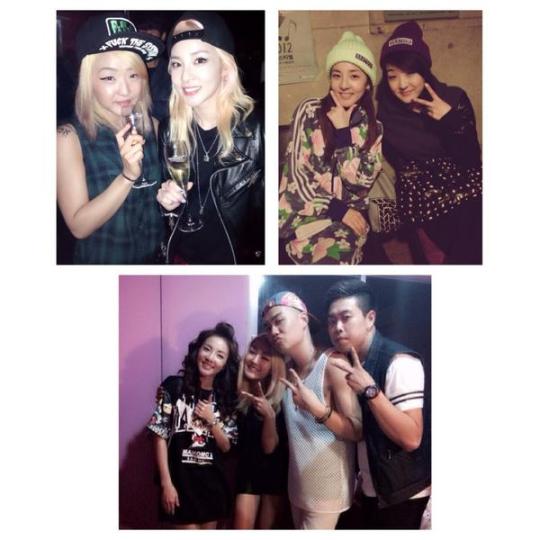 Article: Korean Performer Lydia Paek Says she Looks Up to Sandara Park as an Artist 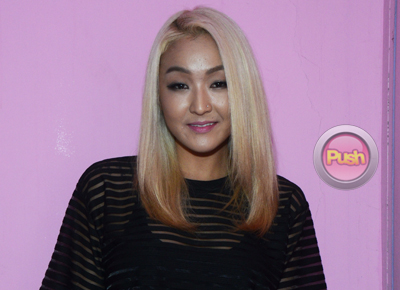 Korean performer Lydia Paek recently visited the Philippines and performed for Filipino fans at Zirkoh last Thursday, August 7. Lydia remarked that she felt ecstatic to finally be singing live for her supporters in the country. “I’ve always felt like majority of my fans are Filipinos so I’m thankful for that and I just want to be here and be able to perform for them,” she said in an interview with Push and MYX.

The performer who was born and raised in the United States and moved to South Korea to pursue a career in music said that her style revolves around R&B and soul. “Overall I feel like it’s from the ‘80s and my favorite genre of music is ‘90s and R&B and soul. I also like pop, I love rock country but I think what I usually gear towards is R&B and soul.”

She stated that her main goal is to release songs that people would enjoy especially her fans here in the country. “I don’t where this journey is going to take me. My goal is to put my own music. I don’t know how it is going to evolve, I’m just going to keep on praying and make sure that I am following God’s path and know that He has a plan for me.”

Lydia continued, “When I become a singer like an artist professionally, the main thing is just to enjoy the music, nothing else nothing about the fame and the money. That my fans, they are able to enjoy it in the car and while they are walking or anything that’s my main goal.”

Lydia is a close friend of 2NE1 member and Star Circle Quest alum Sandara Park who came to watch her show in Zirkoh last Thursday. “She is all kinds of kindness, all kinds of cute. She is just such a great person. She’s one of the kindest and most humble, giving persons that I ever met and as a friend like she’s awesome, if there is a better word than awesome that would be it,” she said when asked to describe Sandara.

Photos: 140807 Dara Poses with Friends and Celebrities During Lydia’s Show in the Philippines 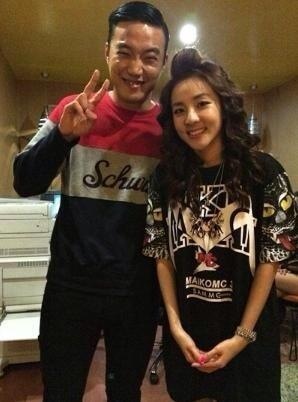 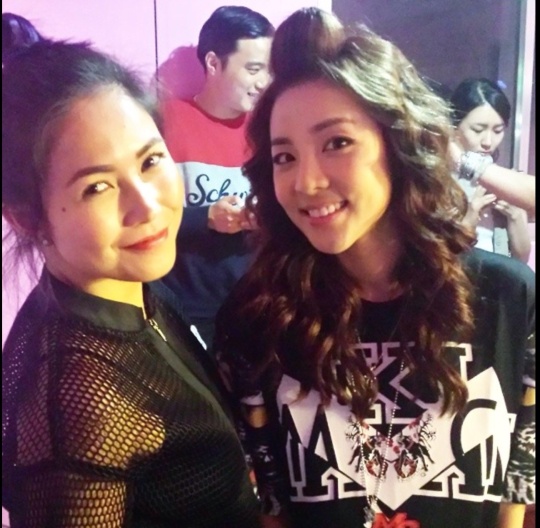 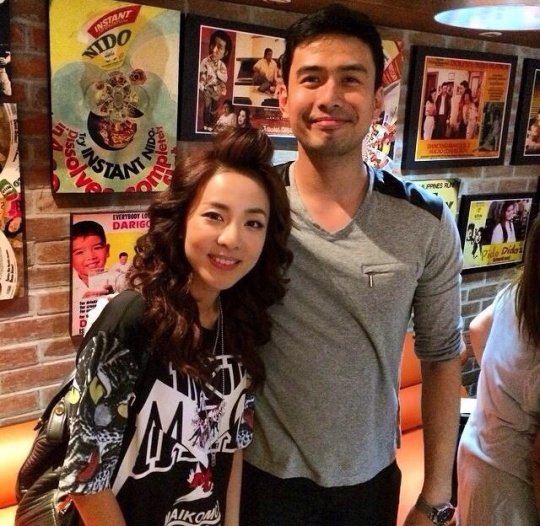 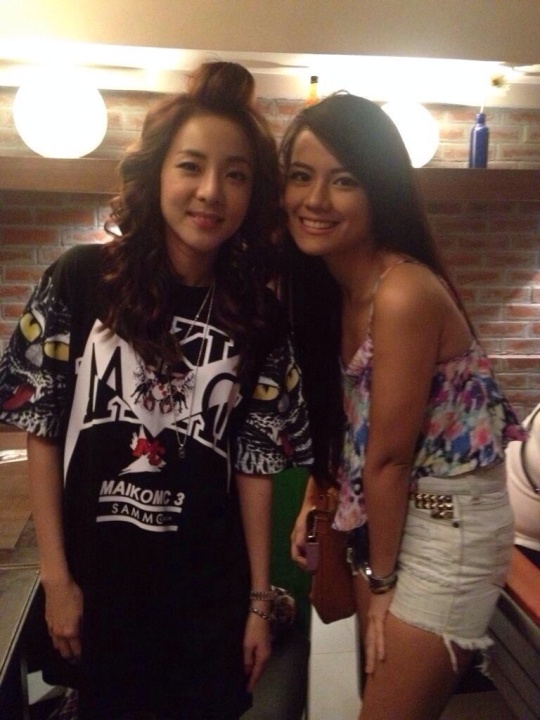 Photo: Marshall bang Shares a Photo with Dara and Lydia Paek at Taal ~ “See You All At Zirkoh!”

Yay! A picture of these three together in their vacation! They went to Taal Lake yesterday, so happy taht Dara took time to show the beauty of the Philippines to her friends. ^_^ Have a great time at the show! Fighting! ❤

Twitter: Sweet Dara Is Excited For Lydia Park And Marshall Bang’s Show In The Philippines ~ “Let’s support them!”

DARA: Let’s all support Lydia and Marshall on their show tomorrow! So excited to see them perform in my 2nd home 🙂 Good luck!

Instagram: Marshall Bang’s Throwback Thursday Pic ~ “With Some of My Favorites”