News: Dara Uploads A Photo with Danny Backstage at MAMA 2013

Dara, A Photo with Danny at MAMA Looking Friendly! 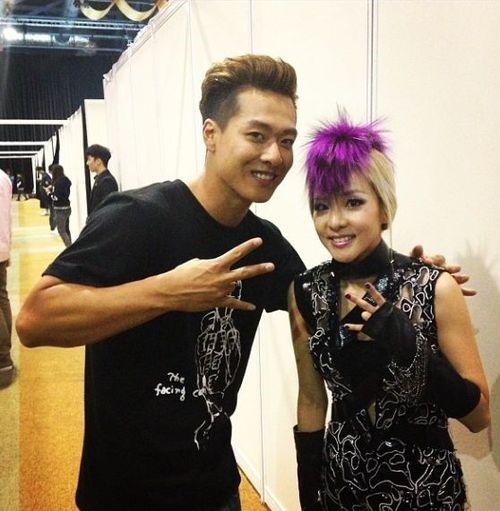 On 23rd, Dara posted the picture above on her Twitter with a caption that reads, “With Danny oppa.”

In the picture, Dara is in the stage outfit she wore at 2013 MAMA. She is smiling into the camera. Danny is standing next to Dara and posing in a friendly manner.

Seeing the picture netizens commented, “The hair style is so pretty”, “They look friendly”, “YG Family rocks” and so on.

Meanwhile, Dara together with 2NE1, performed ‘Missing You’ at 2013 MAMA held in Hong Kong on November 22.

Hahaha, OMG Flowsik must’ve been a bit nervous when Danny asked about Dara. Haha! Probably knows that he came from the same label as she is in now, kekeke! XDDD Danny’s “I had to ask,” and “I’ve got her number on my phone,” and the totally sassy, “.. And pretty” remarks were hilarious! And the way he pronounces her name is cute too. XD (sorry for the flails, I’m a huge 1TYM fan T_T) Oh Flowsik, you fanboy, not even getting any support from his other members who just laughed at him, kekeke! ❤