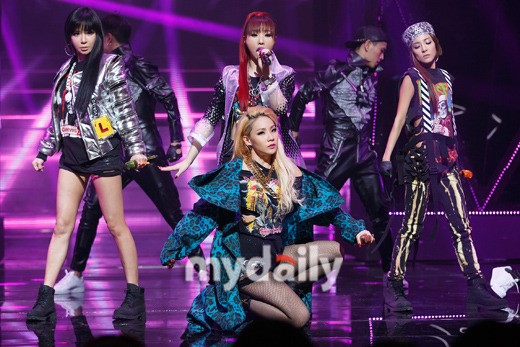 [마이데일리 = 전원 기자] 2NE1 was showered in spotlight at an interview with Billboard.

The online edition of the American Billboard unveiled on May 27 (local date) the details of the interview with 2NE1, precisely about the quartet breaking chart records, their 5th anniversary and the music video.

CL, on breaking the K-Pop record on Billboard 200 commented, “It felt so great. We prepared for this album for so long it felt like a surprise gift and we think it was a perfect way to start off [our promotion].”

In February when 2NE1 dropped new album “CRUSH,” it immediately became the highest-charting K-pop album on the Billboard 200, landing at No. 61.

On May 17 the divas celebrated their 5th anniversary. Billboard asked when the most memorable moments were, and DARA answered “the day we debuted,” while BOM and MINZY said, “when winning ‘Best Song of the Year’ award,” and CL, “this moment.”

They added, “Half of 2014 has already passed by… Our tour will continue and we look forward to putting out more music for everyone to listen to. To all the 2NE1 fans all over the world, thank you for always waiting for us and loving our music. We hope to see all of you often and up close!”

Currently in the middle of their World Tour “ALL OR NOTHING,” 2NE1 will be in Jakarta, Indonesia on June 8 at Mata Elang International Stadium to meet the local fans.

Photo: 140529 Pretty Dara Leaving KBS Building After Her Stint as a DJ in “Volume Up”