WINNER Challenges 2NE1 By Singing WINNER’s Version of “Missing You” 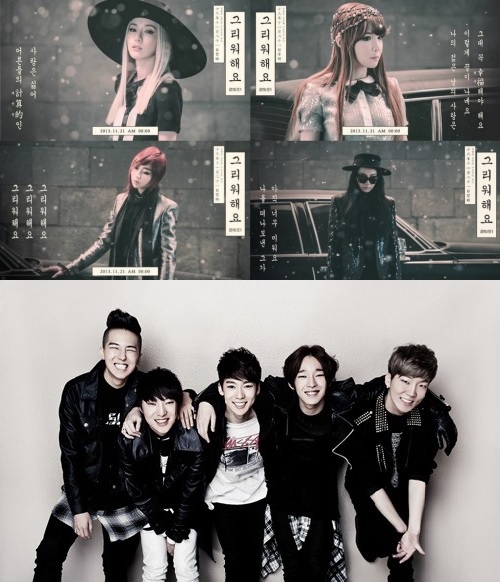 WINNER discloses WINNER’s version of “MISSING YOU”, 2NE1’s ballad song, in cable channel Mnet’s reality show “WINNER TV” that will be broadcasted in the evening on the 24.

WINNER’s “MISSING YOU” starts with SONG MINHO’s rap and is an acoustic song in which the tones of KANG SEUNGYOON, NAM TAEHYUN, and KIM JINWOO create a harmony.

Plus, WINNER’s “1st WINNER WINTER SPORTS COMPETITION” held on a snow field will be also disclosed in the episode, too.

WINNER members compete with one another to gain the gold medal in the sports competition of three events including a race on a snowy field, hit-or-miss snow sledge race, and snow wrestling.

Meanwhile, WINNER is to make their official debut by the end of February this year.

WINNER Challenges 2NE1..What Would WINNER style ‘Missing You’ Be Like

Through Mnet ‘WINNER TV’ that will be on air on January 24th, WINNER is expected to sing a group 2NE1’s song ‘Missing You’.

WINNER reinterprets the song ‘Missing You’ with their own individuality, the song in which the sad sentiments of 2NE1 were noticeable. It is heard that WINNER’s ‘Missing You’, which begins with Song Min Ho’s rap, is born again as the song that has acoustic and unique feeling with the guitar and vocal from the leader Kang Seungyoon and when Nam Tae Hyun and Kim Jin Woo’s tone that has strong individuality is combined together.

Moreover, on this day, along with the revealing of WINNER’s cover song, they will hold ‘1st WINNER winter sports competition’ on a vast snow field. They are expected to show strong desire to win through a total of 3 sports such as running, random snow sled race and eye battle.

‘WINNER TV’ will be on air every Fridays at 10pm through Mnet and NAVER TV cast.

Line: Excited Dara Is Dancing Over Their New SOng Despite Sleep Deprivation ~ “This Will Get You All So Excited!”