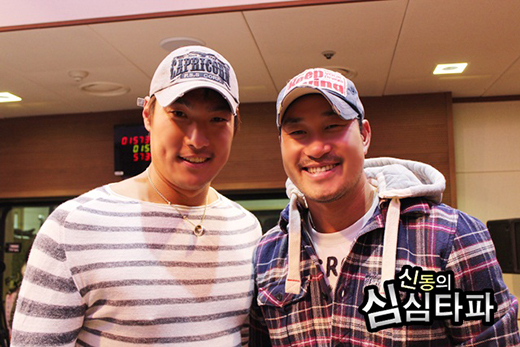 I don’t know if you guys remember, but Bong Jung Keun has already revealed his admiration for Dara way back in 2010 while 2NE1 was doing their promotions for To Anyone. He said in his me2day interview that “Among the 2NE1 members, I care for Sandara Park the most, because she seems too cute.” Kekeke! He also left a message for Dara, “I have not applied to be (me2day) friend yet! Dara-yang, I hope you won’t mind if I apply ~~ jyo?? (↗↗Dara tone) (Ah, you have auto-accept on, right? ke ke ke)” ^^

If you want to read the article again, head on here => News: Baseball Player, Bong Jung-Keun – “Sandara Park is cute”

I just love loyal fanboys! It’s been two years, but seems like Bong Jung Keun’s torch for Dara is burning as bright as ever!