OMG! Yey! 2NE1 is confirmed to perform at the MBC Gayo Daejun~! We will now look forward to two end of the year shows! Weee! <333

YG Entertainment Artists to Perform at the ‘MBC Gayo Daejun’ 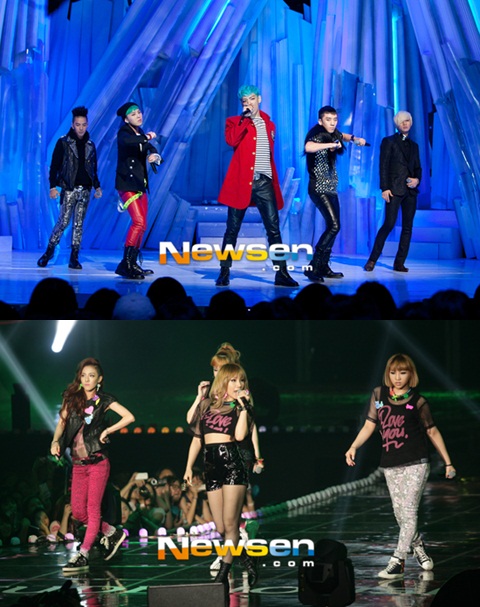 It seems the previous rumors concerning YG Entertainment artists’ possibly appearing at the upcoming ‘MBC Gayo Daejaejun‘ have been confirmed by media outlets. This news has brought much excitement to fans as the last time YG artists appeared on the show was back in 2008.

It has been revealed that Big Bang and 2NE1 will rock the house with individual stages while rookie artist Lee Hi will join Epik High for a special collaboration stage.

The ‘MBC Gayo Daejaejun’ will focus on a “past, present, and future” theme and will feature performances from idol groups as well as veteran artists COOL, Koyote, J.Y. Park, and Dynamic Duo. Viewers have even more to be excited about as MCs Lee Hui Jae, Boom, Girls’ Generation‘sSeohyun, MBLAQ‘s Lee Joon will be hosting the event.

Tune in for the ‘MBC Gayo Daejaejun’ on December 31st!