Videos/Link: Support #ActressDara and Watch Dr. Ian Episodes 1, 2, 3 ~ Meet and Fall In Love with Lee So Dam~ “Welcome to the Clinic!”

I think I squealed for real when I saw her name in the opening credits.. T_T So proud, the feels.. T_T 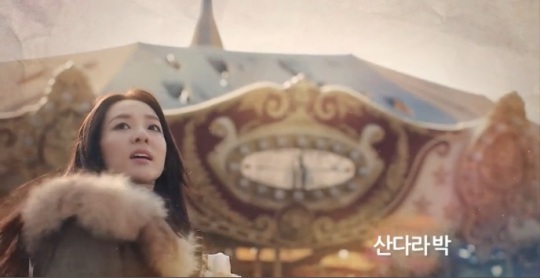 They released Episodes 1 and 2 at 10:30 PM, KST last night, and subsequently released Episode 3 at midnight! It’s doing well in views (130,000+ cumulative  views for all three episodes), but we could all watch it again, hit the “LIKE” buttons for both Dr. Ian and the videos itself, and support our Actress Dara!

Watch Dara the “Brown” mascot dance and get scolded by.. T_T It was so cute though how she was hungry and tried to explain, but the mean manager yelled at her again. T_T

EPISODE 1 – WELCOME TO THE CLINIC

Okay, sorry, but the scene where So Dam rode the bus in her “Cony” mascot costume cracked me up.. XDDD And seeing her waddle in the costume was really cute! But being discarded and treated badly by her boyfriend was really sad. T_T Watch the episode!

So Dam’s revenge! And awww, teary-eyed while watching So Dam cry and confront her ex-boyfriend. T_T But squeal, Dr. Ian is so sweet to So Dam! ❤

What did you think of #ActressDara? What was your favorite scene in the episodes? ❤