Dara said she went to the restaurant where the KILL BILL scene was filmed! Cool! She said she ate grilled meat and drank beer and the food was delicious! ❤ She said she had a lot of fun in Japan and that the next time she’ll be there, it’ll be to meet everyone at the concert. ^^

And this is the wall with the Rilakkuma picture on it, that she mentioned on Nico Nico TV! She said her favorite word if “daradara” because she saw it next to a Rilakkuma and thought it cute LMAO!XD

Dara said she went back to Harajuku Kiddie Land after 5 years. And that it’s a new world, LOL! XD She saw a lot of Kiiroitori and saw her name on the wall! But she doesn’t know what ‘daradara’ meant.. ^_^ 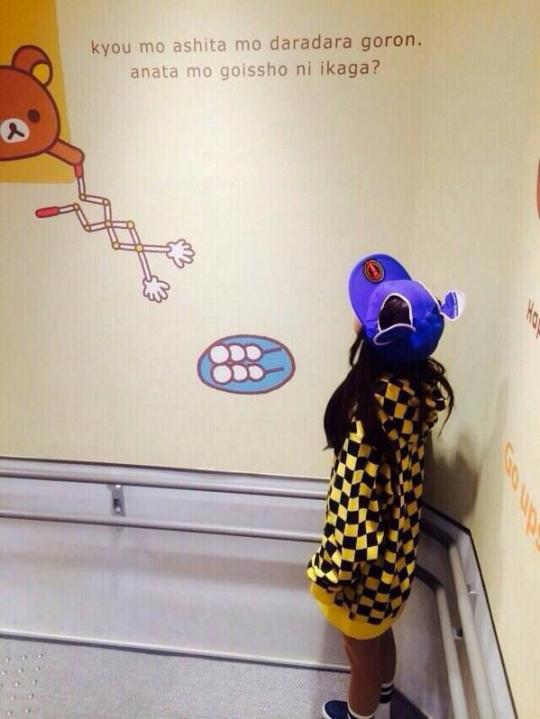