FanAccounts: 120309 Fans Experience The Sweetness Of Goddess Dara At The Airport!

@MOMJJANG one of our Filipino friends who went to Seoul and watched Big Show with WLD Primary Admin, was there at the airport earlier! She got near Dara and was able to ask for a signature for another friend. Then Dara actually TALKED to her, but Mamee was too awestruck to reply! XD She was just standing there and looking at Dara while she was signing the autograph. XD Then Dara asked her “Anong ginagawa niyo dito?” (What are you doing here?) but she was too shocked that she couldn’t reply right away! And also, Dara has a cute, soft, small voice so at first, Mamee didn’t get it and could only say “Huh?” LOL! XD So Dara asked her AGAIN and she started spazzing and replied “Nanood kami ng Big Show,” (We watched Big Show). Then Dara smiled! Then Mamee said “WeLoveDara said goodbye, she went back to the Philippines already” then Dara smiled and nodded! She is so nice! Dara must have noticed that Mamee was too shy/awestruck to talk to her, so she initiated the conversation! ^^ 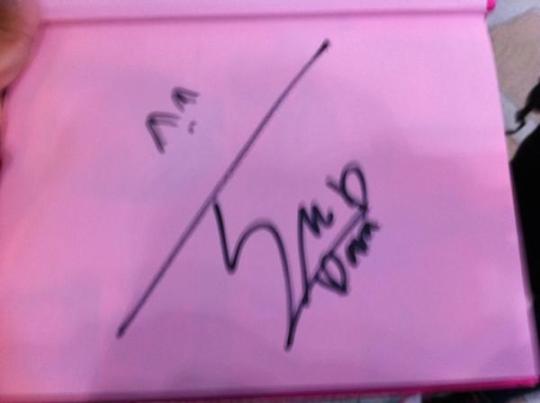 The girl who took the next pic is a Bommie fan, Connie! ^^ Her friend, who is a Dara fan, asked her to go to Dara and try to get her autograph, so after going to Bom, she hurried to Dara and handed her a pic for her to sign. The manager pushed her off, but Dara held out for the pic. She went back to Bom to hand her gift while Dara signed. After she finished signing, Dara looked around so she could hand the picture back, but the manager was already blocking Connie! But Dara continued to look around, so Connie started shouting “Mine, mine, mine!” Then Dara saw her and handed the signed pic to her. XD 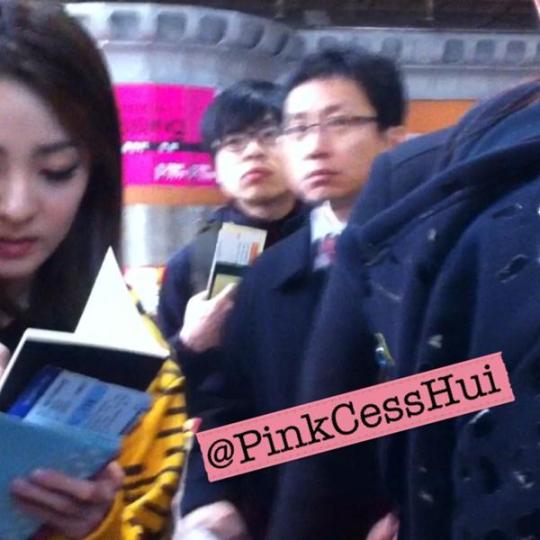 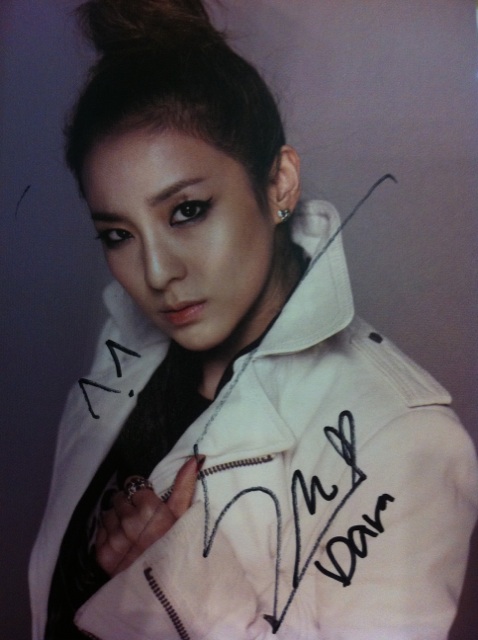 Photos: 120309 Fresh Tapemeasure Dara At The Airport Headed To Japan

Comments on: "FanAccounts: 120309 Fans Experience The Sweetness Of Goddess Dara At The Airport!" (5)