Hey guys! Here are the details for ordering the magazine. If you have questions, please leave them at the comments section below, or if you have Twitter, mention us at @welovedara or admin @blackjackbelle .. ^^

Instagram: Dara Laments Over Jjangmae’s Lack of Photography Skills ~ “Is It Because I’m not a Very Good Model?!”

Kekekeke Dara making Jjangmae in charge of the photos.. XD I wonder who else Dara brought with her to Hawaii? Bring the YG Photographer you brought when you went to the Philippines a while back, Dara! He took such wonderful pics.. XD But I’m sure Jjangmae tried his hardest.. XD 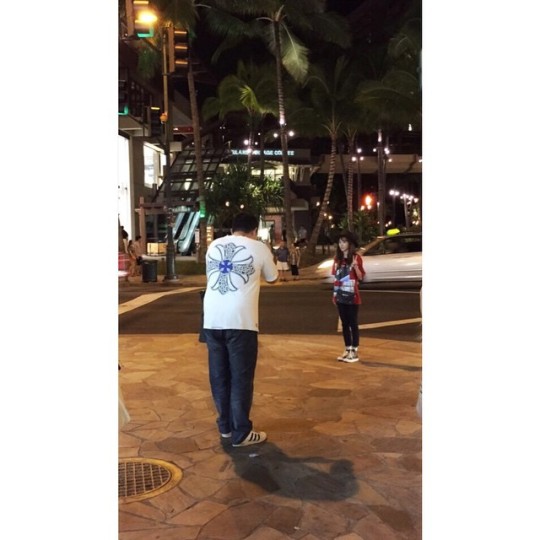 Jjangmae who is the manager of this Hawaii trip and and in-charge of photography… Really cannot take pretty pictures!!! ㅋㅋㅋ Is it because I’m not a very good model?! Anyway, it was stil a fun schedule~ ^_^ It’s unfortunate regarding the pictures, but there’s still next time!!! Special thanks to @jihoon5391

END_OF_DOCUMENT_TOKEN_TO_BE_REPLACED

MANILA, Philippines—Korean pop superstar Sandara Park, who first gained fame as a teen idol in the Philippines, is back in Manila.

Park on Friday night posted photos of her fans who welcomed her at the Ninoy Aquino International Airport.

“Manila!!! I’m back!!! Salamat sa inyong lahat (Thanks to all of you),” she said on Twitter as she posted a photo of the gifts her fans gave her upon her arrival.

Her fans likewise posted photos of the singer.

Park, who is a member of the Korean music group 2NE1, is back in the Philippines for a travel fair. She is also expected to appear in various television shows. She just came from a trip in Singapore. 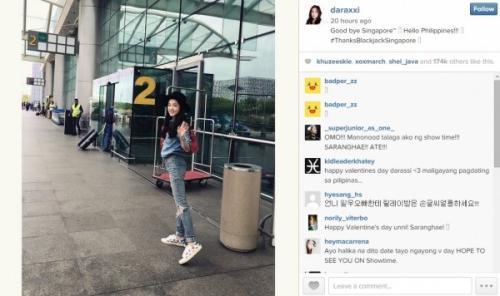 Affectionately dubbed by her fans as the “Pambansang Krung-krung,” the 30-year-old Park last visited the Philippines in November 2014 for a “healing vacation” in an unidentified resort in Palawan.

Spot the hidden Mickey! Kekekeke! XD OMG why couldn’t they have screencapped WeLoveDara instead? T_T The pictures I posted there are way prettier OTL – Belle